On Monday a crowd of around 3,000 people, largely composed of women, marched in front of the electoral commission and the supreme court chanting “Sidya was cheated” and “we want Sidya for the second round”.

Toure missed out on a place in a runoff vote to be the west African country’s first freely elected president, after gaining 15.60 per cent of the first-round vote, according to provisional results.

Many of the initial 24 candidates have alleged irregularities in voting and they have eight days to contest the results, according to electoral commission rules.

The commission has itself admitted “many cases of fraud”.

Over three million Guineans, 77 per cent of registered voters, participated in the country’s first democratic election since independence from France in 1958 in a bid to end half a century of civilian and military dictatorships. 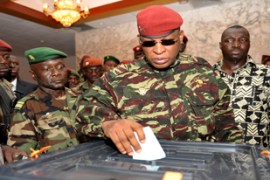 Second round later this month as no candidate wins outright in Sunday’s vote. 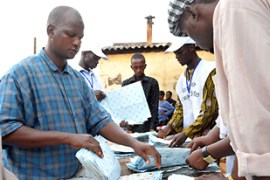 Ballot stuffing and irregularities alleged by 17 out of 24 candidates in election. 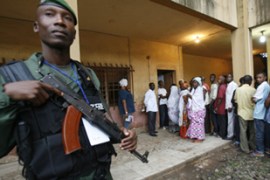