Tensions between the region’s minority Uighurs and majority Han Chinese turned deadly in Urumqi, the capital of Xinjiang, on July 5, 2009.

Amnesty urged Beijing on Friday to launch an independent inquiry into the violence.

“The official account leaves too many questions unanswered. How many people really died, who killed them, how did it happen, and why?” Catherine Baber, Amnesty’s Asia-Pacific deputy director, said.

Amnesty said it had new testimonies from Uighur witnesses detailing how a peaceful protest against government inaction in the face of killings of Uighur factory workers in southern China was met with violence by security forces.

The group called for an independent and impartial inquiry into human rights abuses committed by all participants in the unrest and to ensure fair trials for those facing charges.

“Instead of stifling inquiry, blaming outside agitators and generating fear, the Chinese government should use the anniversary to launch a proper investigation, including into the Uighur community’s long-simmering grievances that contributed to the unrest,” Baber said.

She added that a recently approved state development package for the region would not help, arguing that “without a credible independent investigation of the Urumqi riots and underlying grievances, resentment and mistrust will continue”.

The government says nearly 200 people were killed and about 1,700 injured – with Han making up most of the victims – in last year’s unrest.

Police have tightened security ahead of the anniversary, installing 40,000 high-definition surveillance cameras with “riot-proof” shells throughout Urumqi, according to state media.

The Xinjiang Economic daily said on Friday that the cameras were installed in several thousand public buses, at bus stations, along roads, in schools and in supermarkets.

China has blamed ethnic separatists and Muslim extremists for stoking unrest over the past decade in Xinjiang, a vast, arid but resource-rich region that borders Central Asia.

More than eight million Uighurs live in the region and many are unhappy with what they say has been decades of repressive rule by Beijing. 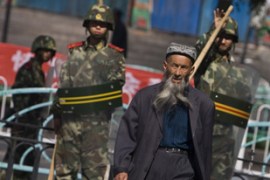 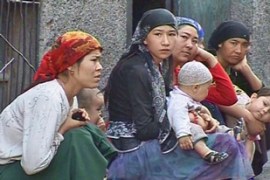 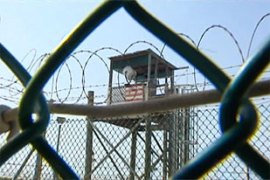 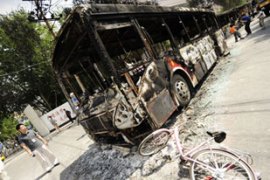