Ahlenius said Ban had undermined the independence of OIOS, which investigates suspected wrongdoing at the UN, by preventing her from appointing the US head of the disbanded UN procurement task force  as head of OIOS investigations.

The 15-person task force, which former Connecticut attorney Robert Appleton led until its mandate was allowed to lapse at the end of 2008, was created in the wake of a corruption scandal involving the former oil-for-food programme in Iraq.

Some developing countries pressured Ban not to re-hire Appleton because they felt the task force was on a crusade against poor countries, Western diplomats were reported as saying.

This led to a falling out between Ban and Ahlenius, the envoys said.

One diplomat said Ban and Ahlenius had each behaved like a “spoiled child” – Ban for not choosing Appleton, who was the best candidate, and Ahlenius for not getting over the fact that her preferred candidate did not get the job.

Martin Nesirky, a spokesman for Ban, said his boss had improved accountability and transparency at the UN and Vijay Nambiar, Ban’s chief-of-staff, said in a response to
the Washington Post that “many pertinent facts were overlooked or misrepresented” in Ahlenius’ note.

He said Ban had not hired Appleton because a review board chosen by Ahlenius had advised him that appointing the American would not be “in accordance with the United Nations’ policies on geographical and gender distribution”.

UN diplomats expect Ban to run again next year for a second term that would begin in January 2012. 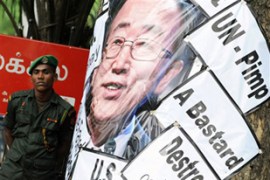 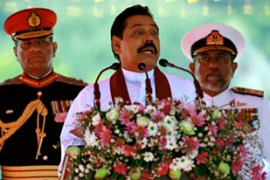