Demand for Chinese exports plunged after the global financial crisis hit in 2008, forcing thousands of factories that made shoes, toys and other low-cost goods to close and throwing millions of migrant labourers out of work.

Exports have since rebounded – at least temporarily – to pre-crisis levels, hitting $137.3bn in June, up from $117.3bn in the same month two years ago.

“This is a symbol that China’s foreign trade has returned to where it was before the financial crisis,” Zheng Yuesheng, chief of statistics for the customs agency, told China Central Television.

Exports to Europe were up 36 per cent in June from a year earlier while those to the US rose 28.3 per cent, leaving China’s politically-sensitive trade surplus with the United States at $17.6bn.

Exports to some developing markets rose even faster, reflecting the uneven recovery of global demand, with shipments of Chinese goods to Brazil soaring 103.7 per cent and to Russia by 59.2 per cent. 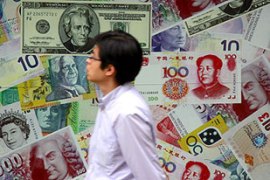 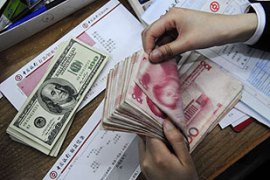 US and IMF welcome move towards removing currency’s peg to US dollar. 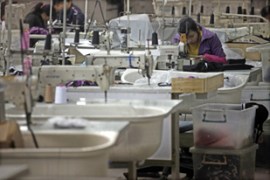 Exports in February surge 45.7 on 2009, showing the fastest growth in three years. 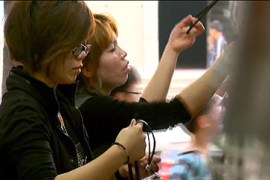 World Bank predicts that Asian giant will outpace the world in economic growth.