Protesters were preceded by a huge Catalan flag with the slogan “we are a nation, we decide ourselves” while thousands of red and yellow Catalan banners were visible among the huge crowd.

Jove said about 1,400 Catalan organisations, including political parties, trade unions as well as cultural and business associations, had called on members to gather.

“This demonstration is the start of independence that we want for our country [Catalonia]” one student told AFP news agency.

The statute has the support of the vast majority of political parties in Catalonia, where a sizeable minority would like to see the wealthy region, which has its own language and distinct culture, break away from Spain.

It was one of the first initiatives of the socialist government of Jose Luis Rodriguez Zapatero, Spain’s prime minister, which took office in 2004.

But since then there has been heated debate in which conservative and liberal judges disagreed over whether the charter went beyond the limits of Spain’s system of granting varying degrees of self-rule to its 17 regions.

Catalonia is home to around seven million of Spain’s population of some 47 million, and accounts for 25 per cent of its gross domestic product. 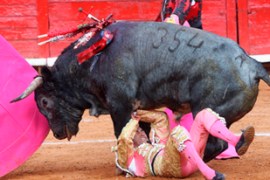 Regional Spanish parliament to vote on bull-fight ban in 2010 as popularity wanes. 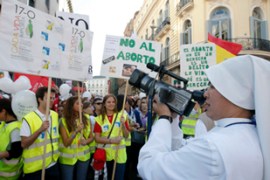 Thousands gather in Madrid in opposition to government plan to reduce abortion age. 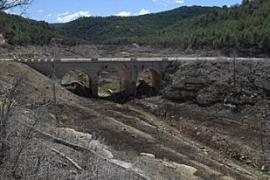