On Thursday evening, shortly before the film was due to be broadcast, US Senator Jim Webb announced he was postponing his scheduled trip to Myanmar in response to allegations in the documentary.

“Until there is further clarification on these matters, I believe it would be unwise and potentially counterproductive for me to visit Burma,” Webb, who is the Democratic chairman of the US Senate Foreign Relations Committee Subcommittee on East Asia and Pacific Affairs, told reporters in Bangkok.

Burma is the former name of Myanmar.

Webb had been due to fly to Myanmar late on Thursday for talks with detained pro-democracy leader Aung San Suu Kyi and senior officials in the country’s reclusive military junta.

The producers of the DVB documentary say evidence of Myanmar’s nuclear programme has come from top-secret material smuggled out of the country over several years, including hundreds of files and other evidence provided by Sai Thein Win, a former major in Myanmar’s army.

Sai Thein Win says he was deputy commander of a highly classified military factory that was the headquarters of the army’s nuclear battalion.

But he says he decided to defect and bring top-secret evidence of the project with him.

“They really want a bomb, that is their main objective,” he says in the film.

“They want to have the rockets and nuclear warheads.”

His smuggled files were shown to Robert Kelley, the former director of the International Atomic Energy Agency (IAEA), who told the producers they showed clear indications of a programme to build atomic weapons.

“It appears it is a nuclear weapons program because there is no conceivable use for this for nuclear power or anything like that,” he says.

However other experts like John Isaacs, executive director of the Washington-based Centre for Arms Control and Non-Proliferation, are not ready to make a definitive conclusion yet.

“I would say there are a lot of suspicions,” Adams told the DVB. “But it’s hard to say there’s actual proof of what Myanmar’s trying to do.”

Sai Thein Win says he decided to defect after seeing a previous report by the DVB about the Myanmar regime’s extensive network of secret underground bunkers and tunnels.

The broadcaster gathered thousands of photos and more defector testimony, claiming some of the tunnels are used as command posts, while others – some are large as two football fields – are used for storing secret weapons and equipment to protect them from aerial bombardment.

The tunnels have allegedly been built with the help of expertise from North Korea – a link that has drawn growing international attention.

Aung Zaw, an exiled Myanmar journalist and editor of the Thailand-based magazine Irrawaddy, told Al Jazeera there was substantial evidence Myanmar had been buying conventional weapons and missiles from North Korea, but the secret nature of the ruling regime makes it very difficult to get at the truth.

“They live in a bunker mentality,” he said of the ruling generals.

“They live in fear of an invasion by the West – that’s why they relocated the capital to central Burma.”

A recent UN report on the sanctions against North Korea banning nuclear and ballistic missile activities, found what it called “suspicious activity in Myanmar” and experts say that might build up the case for an IAEA inspection.

“In many ways North Korea is a parallel to Burma,” the Centre for Arms Control’s John Isaacs says in the DVB film.

“It’s a poor country with a weak economy and starvation at home, and yet they manage to gather resources to build a nuclear weapon.”

The DVB investigation agrees, but also points out it was not that long ago when few people imagined that countries like North Korea, Iran and Pakistan would also become nuclear powers. 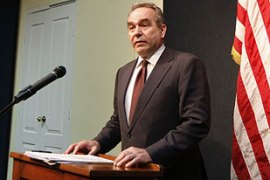 US envoy warns Myanmar on weapons 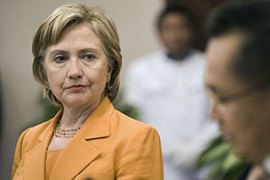 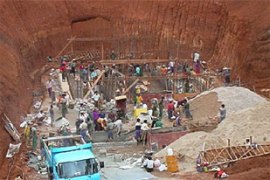