Independent labour groups say the actual figure could be much higher as many accidents are covered up to avoid costly mine closures.

Zhao Tiechui, the head of the State Administration of Coal Mine Safety, said in February that China would need at least 10 years to “fundamentally improve” safety and reduce the frequency of such disasters.

“Awareness of safety and the rule of law is still low in some coal-rich areas and some coal enterprises,” he said.

But such actions have resulted in the under-reporting of accidents as mine bosses seek to limit economic losses, labour rights groups say. 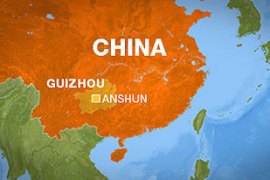 Blast rips through China coal mine

At least 21 workers killed in latest mine disaster in country’s southwest. 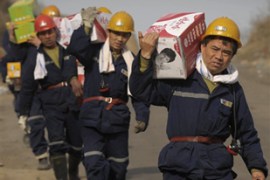 Death toll rises in China mine 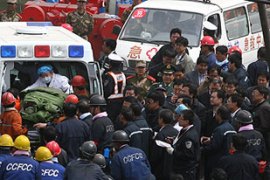 Bodies recovered from China mine