The 35 fathers who turned themselves in at the Jerusalem police headquarters on Thursday evening were taken to Maasiyahu prison in the central Israeli city of Ramle to serve an initial two-week jail sentence for contempt of court.

Around 100,000 Ultra-Orthodox Jews protested in occupied Jerusalem on Thursday against the high court’s decision to jail the parents – all of European origin, or Ashkenazis – for refusing to send their daughters to a school with Jewish girls whose families originate from Arab countries, known as Sephardis.

It was the biggest demonstration by the Ultra-Orthodox since February 1999 when at least 250,000 protesters declared their opposition to supreme court rulings challenging the Orthodox establishment’s monopoly on marriage, divorce and other religious and social issues.

The issue erupted when the court intervened in a dispute at the Ultra-Orthodox school in the Immanuel settlement, where parents from the strictly observant Slonim Hassidic sect of Ashkenazi Jewry refused to let their girls attend classes with girls of Sephardi descent.

The court had given the parents until Wednesday to send their children back to school or be imprisoned for contempt of court. The parents refused.

They say their stance is not based on racism or ethnicity, but is about differences in religious observance between the Ashkenazi and Sephardi traditions.

Yossi Deitch, a Jerusalem city councillor, who is himself a Slonim Hassid, said the women had gone with their men on Thursday to Jerusalem police, intending to be taken into custody, but had broken down at the moment of separation from their children.

Ultra-Orthodox families generally have large families, far above the average of the secular Israeli population.

“Parting really was hard, it was hard for everybody present,” Deitch told public radio.

“Some mothers, a certain number of mothers, had an emotional breakdown and did not give themselves up.”

Deitch said police had been informed of the situation and lawyers launched an appeal to the court to stay the women’s arrests.

Micky Rosenfeld, the Israeli police spokesman, said: “We shall wait for the court’s decision before taking any action.”

He said four fathers were still unaccounted for and subject to arrest unless the court ruled otherwise. 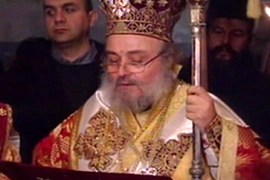 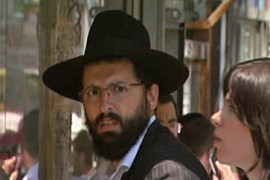 High cost of paying ultra-orthodox Jews to study the Torah puts the practice at risk.