Obama tried to use his first Oval Office address to demonstrate his leadership in tackling the crisis: He spoke about his administration’s efforts to clean up the oil, to help those affected by the spill, and to “make sure that a catastrophe like this never happens again”.

Shortly before Obama spoke on Tuesday, a team of US scientists significantly revised its estimate of the oil flow rate, increasing it to 35,000-60,000 barrels (5.56 million litres to 9.5 million litres) a day.

All three figures are far above the initial estimate of 5,000 bpd given by BP and US officials at the start of the crisis.

The revised estimate comes from data gathered from pressure metres that were placed on a containment cap which is now capturing some of the oil.

The estimates include the oil being captured by that containment system, which has been collecting around 15,000 bpd for a week.

Obama said the government would offer additional resources and assistance to the affected coastal states as cleanup efforts continue.

“A mobilisation of this speed and magnitude will never be perfect, and new challenges will always arise,” he said.

“Despite our best efforts, oil has already caused damage to our coastline and its wildlife. And sadly, no matter how effective our response becomes, there will be more oil and more damage before this siege is done.”

Nearly two months after the oil spill began, many critics say Obama has not done enough to stop it.

An Associated Press-Gfk poll released on Tuesday showed that Americans were just as dissatisfied with Obama’s work on the spill as they were with how his predecessor, George Bush, bungled his handling of the 2005 Hurricane Katrina crisis.

The poll found that most people were angry about the government’s slow response, and that 52 per cent did not approve of Obama’s handling of the spill – a significant increase from last month, when most people adopted a wait-and-see approach.

The spill has fouled 190km of US coastline, damaged multi-billion-dollar fishing and tourism industries, and killed birds, sea turtles and dolphins.

In his speech to the nation, Obama said a major focus for his administration would be on the recovery and restoration of the coast; he said that BP would be required to set aside money to pay for the long-term damage.

Obama used the bulk of his speech to renew his pitch for a switch from fossil fuels to clean energy, saying that Americans “must seize the moment” and “accelerate the transition”.

“The tragedy unfolding on our coast is the most painful and powerful reminder yet that the time to embrace a clean energy future is now,” he said.

Michael Steele, the chairman of the opposition Republican party, accused Obama of exploiting the crisis for his own political gain.

Steele said the president’s actions demonstrated his inability to lead Americans out of a disaster and showed an “appallingly arrogant political calculus”.

BP said in response to Obama’s speech that it shared the president’s goals of shutting down the gushing oil well, and helping the people and environment affected by the spill.

BP has faced a barrage of criticism over decisions it made before the explosion that appeared to favour cost savings over safety.

Two Democratic legislators on Tuesday accused BP of choosing faster and cheaper drilling options in the Gulf of Mexico that “increased the danger of a catastrophic well failure”.

“It appears that BP repeatedly chose risky procedures in order to reduce costs and save time and made minimal efforts to contain the added risk,” said Henry Waxman and Bart Stupak, the leading Democrats on the House of Representatives energy and commerce committee. 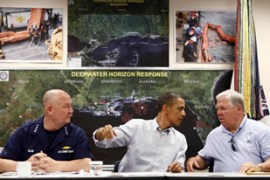 President tells Gulf Coast residents he will ensure they are compensated for oil spill. 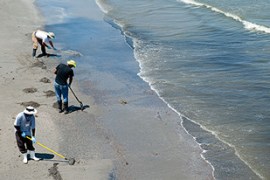 US president wants fund with “substantial” reserves for victims of Gulf oil spill. 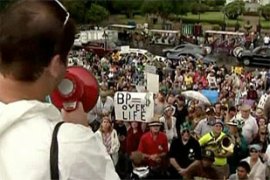 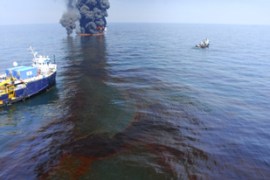 US president quoted as saying he has no interest in undermining oil company’s value.