Aides said Cameron’s 24-hour blitz across the country was the leader’s answer to his opponents’ claim that he is complacent and was taking victory for granted.

“I never believed this election was going to be easy,” Cameron told GMTV, a breakfast television programme, on Wednesday.

“I mean, elections are meant to be a challenge. The British people don’t hand you the government of the country on a plate. Quite rightly, they are making us work for it,” he said.

The latest polls showed the Conservatives would win the most seats, but not enough to form a government on their own, leading to a hung parliament.

A ComRes poll for ITV News and The Independent newspaper showed no change on the previous day, with the Conservatives on 37 per cent, Labour on 29 per cent and the Liberal Democrats on 26 per cent.

Clegg has enjoyed a surge of support in the election campaign on the back of his performance in the country’s first-ever televised leaders’ debates.

Hamish Macdonald, Al Jazeera’s correspondent in London, said: “Britain is used to having a two-horse race in most elections, this time round however we had those televised debates.

“It’s the first time the UK has had these live election debates and Nick Clegg did particularly well in the first one, and that effectively created a three-horse race.

“It’s worth noting … that because of the way the seats, the constituencies, are distributed in the UK, it could be the case that the Conservatives get the biggest number of votes, but they could get beaten by the Labour party in terms of the number of seats in parliament.”

Speaking to Al Jazeera, Yasmin Alibhai-Brown, a regular contributor to The Independent and London’s Evening Standard newspapers, said: “It’s not been the web election, unlike the US election where so much happened out there on the ether, with bloggers, and all the campaigning was twitters and blogs.

“Here, traditional TV seems to have captured the imagination of the public.

“I think the press has had some impact, but I really think TV has come into its own here.”

In the latest celebrity endorsement, Simon Cowell, the television and music mogul, has backed Cameron for prime minister.

Writing in The Sun newspaper on Wednesday, he said: “I believe he is the prime minister Britain needs at this time.

“He has substance and the stomach to navigate us through difficult times.”

Some of Brown’s cabinet colleagues took the unusual step on Tuesday of calling on voters to choose the Liberal Democrats in seats where Labour had no chance of winning.

Tactical voting in the marginal constituencies, which will essentially decide the outcome of the election, could keep the Conservatives out of power, some ministers suggested.

However, in an interview with The Times newspaper, Brown refused to advocate tactical voting.

“I am asking people to vote Labour because I want to get out the maximum Labour vote,” he said.

Brown also refused to be drawn on whether he would consider forming a coalition government with the Liberal Democrats, saying: “I’m not going to talk about what happens after Thursday.

Clegg, who dismissed talk of tactical voting as “another sign of Labour’s desperation”, is anxious to avoid such action by his own supporters, fearing it could dent his party’s share of the popular vote and damage his negotiating power in the event of a hung parliament. 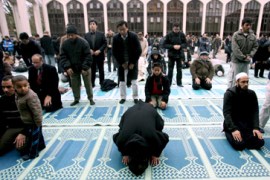 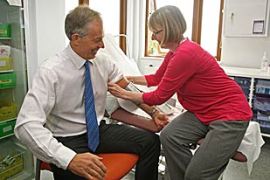 Former PM says ruling Labour party has “every chance of succeeding” in May 6 election. 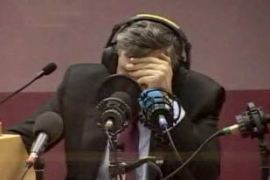 Leaders clash on how to bring down Britain’s spiralling national deficit ahead of poll.