Analysts have said that China could use the trip to press Kim to return to six-party nuclear disarmament talks he quit in April last year. The talks group China, the US, Japan, Russia, and the two Koreas.

The North has come under pressure to return to talks due to UN sanctions imposed after a May 2009 nuclear test that have dealt another blow to its already shaky economy.

A 2004 trip to China led to a push for talks on the North’s nuclear programme.

However, the as-yet unexplained sinking of a South Korean naval ship in March, which killed 46 sailors, has made an early resumption of the six-party talks less likely.

On Tuesday, South Korea’s president said the sinking of the ship was no “simple accident”, and for the first time made it clear that he considered the incident linked to the North.

“What is obvious so far is that the Cheonan did not sink due to a simple accident,” Lee Myung-bak said at a meeting of senior military commanders in Seoul, where he ordered a “full-fledged” review of his country’s military readiness.

Although Seoul has never directly blamed its neighbour for the sinking and Pyongyang has denied involvement, suspicion has focused on the North.

“As soon as the incident occurred, I sensed it was a grave international and inter-Korean matter,” Lee said in the nationally-televised speech.

Kim’s previous trips to China have led to steps that have reduced security concerns between the two Koreas.

In 2000, Kim’s trip was soon followed by a summit in Pyongyang with South Korea’s leader and the start of two major joint development projects in the North.

Analysts say Beijing wants to prevent an escalation of military tension but is unlikely to punish its neighbour even if it were found to be behind the attack on the South Korean warship.

However, regional observers say Kim may want to focus on immediate economic concerns instead of tensions with South Korea.

China is a crucial economic ally of its much smaller neighbour and Kim is even more reliant on China’s help now, after a botched currency reform at the end of last year worsened inflation and sparked rare civil unrest that raised questions about Kim’s grip on power. 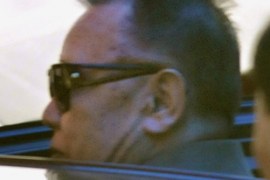 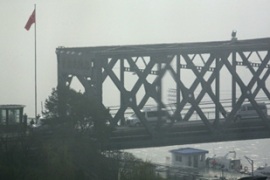 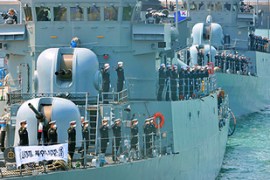 Staff from tourist resort told to leave as tensions mount over warship’s sinking. 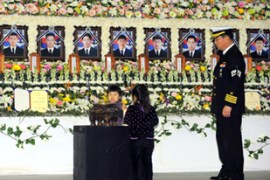