The main Irish hub of Dublin, the capital, shut down later on Wednesday, cancelling all flights until 03:00 GMT on Thursday.

Flights to and from Scotland and Northern Ireland closed from 07:00 GMT, and UK authorities said that the ash threat might reach northwest England and Wales, but not London.

On Tuesday, the Irish Aviation Authority (IAA) opened seven airports, including Dublin and Shannon, at 12:00 GMT after they were shut from 06:00 GMT as a precautionary measure.

Eamon Brennan, the IAA’s chief executive, warned that Ireland “remains at risk” of further disruption in the days and weeks to come.

The new alerts did not disrupt aircraft flying over Ireland from Britain or Europe, or southern British airports including Heathrow, authorities in the two countries said.

Speaking to Ireland’s RTE state radio, Brennan said: “The reason we have changed our advice is because the ash cloud has moved towards the south, down towards the Bay of Biscay.

“At the moment the volcano is more or less dormant but should it re-erupt again, we’d be faced with this problem.”

There were also closures over the Outer Hebrides, a group of islands off the western coast of Scotland on Tuesday, imposed by CAA.

But flights to and from Northern Ireland and Outer Hebrides resumed from 12:00 GMT.

Airspace across Europe was closed down for up to a week last month after the eruption of Iceland’s Eyjafjallajokull volcano, but was reopened after emergency talks between European governments, airlines and regulators.

Tuesday’s closure triggered the cancellation of hundreds of flights in and out of Ireland and Northern Ireland, bringing fresh chaos to thousands of people.

One victim of the ban was Noel Dempsey, Ireland’s transport minister, who had to cancel a trip to Brussels for talks with his EU counterparts on the recent ash cloud travel chaos.

As Britain’s election campaign entered its penultimate day, David Cameron, the opposition Conservative leader, briefly cancelled plans to visit Northern Ireland due to the ban, but later said the trip would go ahead.

“We are battling through everything to make this happen,” he said.

Heathrow said that around 20 flights to and from the west London airport had been cancelled Tuesday morning.

“We are asking passengers to check with their airlines before coming to the airport,” said a Heathrow spokeswoman.

The international airline industry body, IATA, said last month’s shutdown had cost airlines about $1.7bn and called on governments to pick up at least part of the cost.

Eurocontrol, the continent’s air traffic control co-ordinator, said more than 100,000 flights to, from and within Europe had been cancelled between April 15 and 21, preventing an estimated 10 million passengers from travelling. 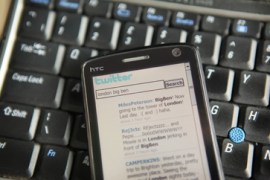 How social media aided the stranded

Passengers went online for help amid travel chaos, with some creative results. 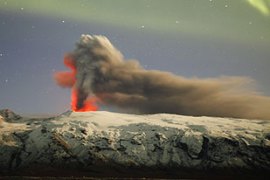 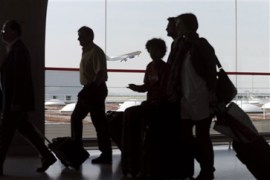 But what will be the long-term consequences of the disruption to flights?