Ujjwal Nikam, the public prosecutor, wants the death penalty to be applied.

“It would be a mockery of justice if the death penalty is not imposed,” he told the special court in Mumbai.

“He is an agent of the devil himself, a disgrace to society and the entire human race.”

Two other men, both Indians, were acquitted on Monday of charges relating to the attacks.

Prerna Suri, Al Jazeera’s correspondent in Mumbai, said: “People would like to see closure for this very violent episode for Mumbai.

“A lot of people, including those not linked to victims, feel he should be hanged.

“[But] many people are also questioning whether his execution will solve security problems as many of those behind the attack are still [at large] in Pakistan.”

Nine assailants were killed by security forces during the assault on the city’s main railway station, a restaurant, Jewish centre and a luxury hotel.

The violence lasted three days and Kasab was found during the trial to have killed seven men personally and to have been involved in 47 deaths with his partner, who died during the attacks.

Kasab has been quoted as saying he was trained in Pakistan to fight “war” against India and told to continue killing people during the raid until he himself was killed.

Kasab confessed to the attacks in July, in a surprise move, describing his training in detail and asking to be hanged.

He later retracted the confession, asserting that it had been made under duress.

However, Tahiliyani dismissed that claim during the trial.

India has said that Lakshkar-e-Taiba, the banned Pakistani group, masterminded the attacks, and, during the trial, Tahaliyani said that Kasab was a member of this group.

Delivering the verdict, Tahaliyani said: “It was not a simple crime of murder … There was a conspiracy to wage war.”

India believes the assault was executed by the Lashkar in co-operation with elements in the Pakistani military.

The alleged Pakistani conspirators include Zakiur Rehman Lakhvi, the founder of Lashkar; Zarar Shah, an important Lashkar operative; and Hafiz Saeed, whose Jamaat-ud-Dawa charity is seen as a front for the Lashkar.

Lakhvi and Shah are currently on trial in Pakistan.

Speaking to Al Jazeera on Tuesday, Ahmed Raza Qasuri, a senior advocate at Pakistan’s supreme court, said: “In these kinds of cases, there are only two types of sentences – either life in prison or the death sentence.

“If there is found to be mitigating circumstances, then the death sentence may be reduced.”

Qasuri said that Pakistan had requested that Kasab be extradited to Pakistan and tried under Pakistani law because he is a citizen that country and in order that he may be tried with his co-accused.

“But India hasn’t given any positive response,” he said. 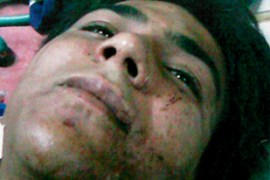 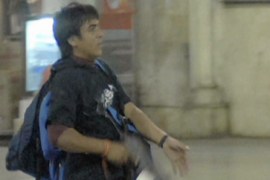 As the special court in India announces the guilty verdict, victims’ families await the sentencing. 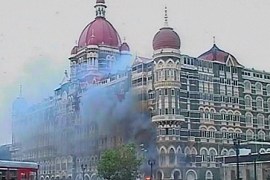 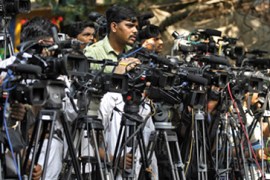 Court to hand down Mumbai verdict

Kasab, a Pakistani man, is the sole suspected attacker to stand trial over deadly 2008 assault.