Mehsud was presumed to have been killed in a drone strike in northwestern Pakistan, but last week Pakistani intelligence officials suggested Mehsud may have survived the attack.

US authorities investigating the failed car bombing of New York’s Times Square have dismissed the earlier claim of responsibility made over the internet by a group led by Qari Hussein Mehsud.

Pakistani Taliban sources also told Al Jazeera on Sunday that they were not involved.

In a second video recording, released by IntelCenter, another monitoring agency, a man appearing to be Mehsud promises that “God willing, very soon in some days or a month’s time, the Muslim [community] will see the fruits of most successful attacks of our fedayeen in USA”.

“Fedayeen” usually refers to suicide bombers, which the car bomb attempt in New York did not involve.

Al Jazeera’s Kamal Hyder, reporting from the Pakistani capital, Islamabad, said the threat apparently issued by Mehsud could have ramifications both in the US and in Pakistan.

“Will they [the US] increase the number of drone strikes into Pakistan now that Hakimullah has issued a threat?” he said.

“The claim that there will be suicide attacks in mainland USA is not something the Americans will take lightly. They will, of course, update security operations.

“The question is if the Taliban has the capability to strike on such a large distance. It’s not something that many people believe is possible.”

Baitullah Mehsud, the predecessor of Hakimullah Mehsud, reportedly claimed responsibility for a mass shooting at the American Civic Association in Binghamton in April 2009. That claim turned out to be false. 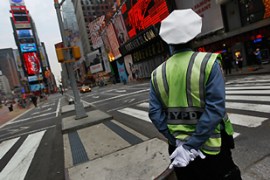 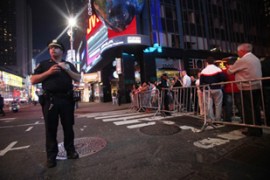