“Are we not the citizens of Pakistan?” he asked at the site of the attack in the Garhi Shahu neighbourhood of Lahore.

“We do have the right to be protected, but unfortunately we were not given this protection.”

Security forces battled the assailants for several hours following the co-ordinated attacks after Friday prayers and arrested two attackers, though some of the suspects escaped.

Police have blamed the Pakistani Taliban for the attack.

Akram Naeem, a senior police officer in Lahore, said the interrogation of one of the arrested suspects revealed that the men were involved with the Pakistani Taliban and had trained in the North Waziristan tribal region.

“Our initial investigation has found that they all belong to Tehrik-e-Taliban Pakistan,” Naeem said.

He said the suspect, “Abdullah alias Mohammad, was given terrorism training in Miran Shah”, the main city in North Waziristan.

Shahbaz Sharif, the chief minister of Punjab province where the fighting took place, condemned the attacks and pledged to increase efforts to fight sectarian groups.

“I spoke to members of a Shia community today who feel that they are next. There is a significant Sikh community within the city of Peshawar. A few months ago I went to interview some of them, nobody wanted to speak to me.

“They told us they were scared for their lives. We are hearing more and more of this kind of fear.

“This attack has brought into sharp focus the way that minority communities are feeling.”

The Ahmadiyya sect has been declared as non-Muslim by Pakistan because its interpretation of Islam differs from that of many Muslims.

The community says it has been the target of previous attacks and has received regular threats in the past. 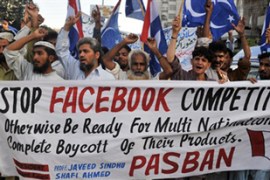 Thousands evacuated amid fears lake in Hunza Valley may burst and flood villages. 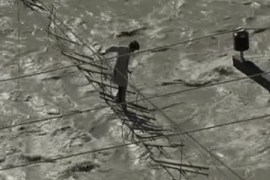