Khartoum’s move against Ibrahim is likely to end progress in Qatar-sponsored peace talks prompted by earlier rapprochement between Sudan and neighbour Chad, who had hosted Darfur’s rebels.

The Sudanese government signed an agreement with Jem in Doha, Qatar, three months ago to initiate the political process towards a peaceful settlement in Darfur.

Reacting to the call on Tuesday for the Jem leader’s arrest, Ahmed Hussein Adam, a spokesman for the group, said the Sudanese government was not serious in achieving peace in Darfur.

“These are desperate attempts by the regime, reflecting its helplessness. We have clearly said that we are heedless over the step because it is cheap propaganda by an isolated regime whose head of state is wanted by the International Criminal Court (ICC),” he told Al Jazeera by phone.

“I tell Sabdarat, who is vainly attempting to keep his president in power after rigging the elections, that they should hand in their president [Omar al-Bashir] to the ICC.”

The spokesman said Ibrahim has been in Egypt, an ally of the Sudanese government, since the Qatar-based peace talks to discuss a number of issues.

Al Jazeera’s Masallami al-Kabbashi, reporting from Khartoum, said a tacit, unannounced crisis has been brewing between Egypt and Sudan over the case of Ibrahim.

“Cairo has justified its relations with the Jem leader by saying it’s intent was pushing forward the negotiations [with the Sudanese government], besides bolstering arrangements and operations needed for reaching a peaceful settlement to the Darfur crisis,” al-Kabbashi said.

Egypt’s foreign minister has denied any rift with the Sudanese government on the issue, but local news reports, citing sources close to the Khartoum-based government, said Sudan reacted angrily to Cairo’s hosting of the Jem leader.

Ibrahim stands accused of 14 charges, including murder and waging war against the state.

The United Nations estimates around 300,000 have died in a humanitarian crisis sparked in Darfur, after mostly non-Arab rebels took up arms in early 2003 demanding more rights for the arid region. 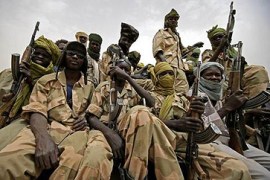 Who are Sudan’s Jem rebels?

Sudan rebels say they are fighting to save country from disintegration. 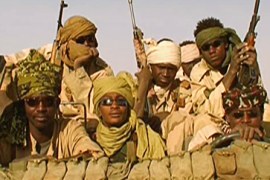 The Justice and Equality Movement says it is fighting to equal out wealth and power.