Shane Bauer, Sarah Shourd and Josh Fattal have been jailed for nine months, accused of illegal border crossing, spying and having links to US intelligence.

But Iran has not brought them to trial or even made clear if formal charges have been filed.

The trio are being held in Tehran’s notorious Evin prison.

Their families have said they were hiking in the Kurdistan region of northern Iraq when they were detained and that if they did cross the border with Iran they did so unintentionally.

The US government has also denied the spying accusations and called for their release.

In February, Ahmadinejad proposed swapping the Americans for Iranians that he says are jailed in the US, raising fears that the three are being held as bargaining chips.

The three mothers said on Monday they were excited to hear the news but did not want to count on making the trip until they got official word that they could pick up the visas.

“Yes, we are excited. Yes, we are delighted at movement, delighted to think we will travel there,” Laura Fattal, the mother of Josh Fattal, said.

“But we haven’t got the word yet ourselves to come pick up those visas. We’re in a truly holding-our-breath situation. We will leave the minute we have those visas.”

Cindy Hickey, Shane Bauer’s mother, said family members “have heard these rumblings before so we are being cautious with our optimism”.

A US State Department official said the Iranian foreign ministry had told the Swiss embassy in Tehran – which represents US interests – that the visas will be approved but that it was not yet clear when the actual visit would be allowed.

The only contact the families have had came in brief phone calls their children were allowed to make in March.

Last month, after a visit by Swiss diplomats, the mothers of Shourd and
Bauer said the two were in poor health.

Bauer, a freelance journalist, had been hired to cover the Kurdish elections in Iraq, but his family said the hiking trip was a vacation.

He and Shourd had been living in Syria, where she taught English and had written for various online publications. Fattal went to visit them after travelling overseas on a teaching fellowship. 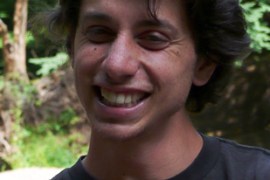 Iran to try detained US citizens

Hikers to face trial after entering the country “with suspicious aims”, Tehran says. 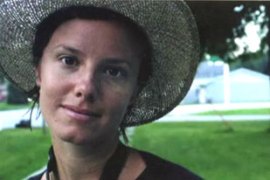 Three US citizens were detained in July after crossing the border from Iraq. 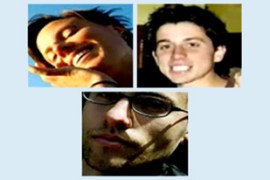