“The Filipino people have decided,” Villar told a news conference. “I congratulate Senator Noynoy Aquino for his victory.”

Al Jazeera’s Veronica Pedrosa, reporting from Manila, said that 85 per cent of results have been counted.

“However, these are unofficial results, and they have to go through a legal process in order for them to be verified.

“But at the moment it looks like Aquino has scored an overwhelmingly convincing victory.”

Christian Monsod, a former head of the Philippines’ Electoral Commission, also known as Comelec, told Al Jazeera that the whole process of verifying who has gained every seat will take “up to two days”.

He also said that the repeating pattern of family dynasties taking power is “kind of like a game of musical chairs with the unfortunate consequence of little improvement being seen in the lives of ordinary Filipinos”.

Aquino is the son of one of the Southeast Asian nation’s most revered democracy icons, and he tapped into popular sentiment for his parents by pledging a new style of clean government.

His mother, Corazon Aquino, led the “People Power” revolution that overthrew the former leader Ferdinand Marcos in 1986 and then served as president.

His father, Benigno “Ninoy” Aquino, was shot dead in 1983 as he attempted to return from US exile to lead the democracy movement against Marcos.

Aquino was a latecomer to the presidential race, declaring his candidacy only after his mother’s death from cancer last August plunged the country into mourning and demonstrated the power of the family name.

Questions however remain as to whether Aquino, who has had a lacklustre career as a politician, has the ability to deliver on his reform and anti-corruption promises, and also tame a budget deficit that analysts expect to exceed $6bn this year.

“Tackling the deficit would be the number one priority for the next government,” said Paul Joseph Garcia, chief investment officer of ING Investment Management Philippines.

“We’re not in a Greece-type level of fiscal crisis, but definitely the fiscal deficit is a priority for the next administration. They may have to increase taxes, that will of
course need a lot of political will.”

Despite Aquino’s expected victory, the political presence of the Marcos dynasty remains. His widow Imelda won a seat in congress, daughter Imee won a local governor’s position and son Ferdinand Jr is on track to be elected as one of 12 senators.

Gloria Macapagal Arroyo, the outoing president, also won a seat in congress, and analysts and political opponents have said that she wants to become the house speaker from where she could push for the introduction of a parliamentary system to
create the role of prime minister and reduce the power of the president.

While unpopular with the electorate, she has a strong political base that helped keep her in power for nearly a decade despite accusations of electoral fraud, corruption and rights abuses.

About 75 per cent of the country’s 50 million eligible voters turned up at polling stations on Monday, but the violence that has plagued Philippines politics in the past flared again.

Ten people were killed on polling day, bringing the death toll from election-related violence over the past four months to at least 40, according to police statistics.

Two of the fatalities occurred as gunbattles raged in the southern province of Maguindanao, where 57 people were killed in a massacre late last year.

Technological problems also emerged immediately after polls opened with some machines breaking down, and the election commission was forced to extend the voting period by one hour as long queues formed.

However, the election commission and security chiefs insisted the country’s first effort at automated polling was a huge success.

“The… elections will go down in our nation’s history as probably the most peaceful and orderly political exercise ever held in our land,” Jesus Verzosa, the national police director general, said.

Despite glitches, analysts said on Tuesday that the automation could shake up the political system by delivering quick results.

Previously, under the old manual counting system, the Philippines has often had to wait weeks for the winner of elections to be known.

“The amazing thing is that we voted yesterday and this morning, we have a new president,” Raul Pangalangan, a prominent commentator and legal expert from the University of the Philippines, said on local network ABS-CBN.

More than 17,000 positions were at stake at the polls, from the presidency down to municipal council seats.

Aquino, the front-runner for the presidency, takes a huge lead as votes are counted. 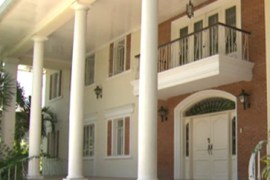 Long election campaign highlights large gap between rich and poor in the Philippines.