Bergdahl was captured June 2009. The Taliban have released two earlier videos showing him to be alive.

He looked lean but healthy in the latest video and said he was being well treated and allowed to move around and exercise.

The soldier was also seen to be making an emotional appeal for his release.

Clasping his hands in prayer, he says: “Let me go… get me released… This war isn’t worth the waste of human life that has cost both the Afghanistan and the US.

“It’s not worth the amount of lives that have been wasted in prisons, Guantanamo Bay, Bagram, all those places where we are keeping prisoners.

“I am a prisoner. I want to go home… Every day I want to go home. The pain in my heart to see my family doesn’t get any smaller. Release me. Please I’m begging you, bring me home. Bring us all home back to our families.”

He listed the names of his family and friends and described what he loved doing best.

“I love motorcycles. I love sailing and anything with two wheels or a sail,” he said, staring into the camera and indicating that the video was recorded this week.

The US-led Nato force in Afghanistan condemned the video.

“The continuing use of Private First Class Bowe Bergdahl as a means of propaganda is a deplorable act and only fuels our efforts to find him and bring him home,” US Navy Rear Admiral Greg Smith, head of strategic communications for the International Security Assistance Force, said.

“The insurgents who hold Bowe are obviously using him as a means to ultimately cause pain to his family and friends,” he said in a statement.

“It continues to reflect the cruel tactics designed to deceive the Afghan people and the international community of their true intentions.”

Bergdahl was the first American soldier to be captured in Afghanistan since the US-led war in 2001.

He said in an earlier video that he was captured when he fell behind his unit in Afghanistan. 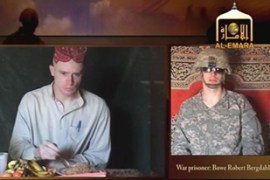 Missing US soldier in Taliban video 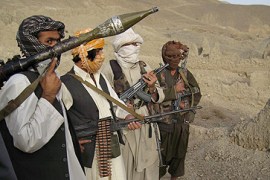 Humanitarian organisation given access to three people held in Afghanistan. 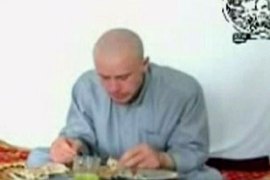