At the site of one landslide firemen covered in mud struggled for hours to rescue an eight-year-old boy who had called for help from the rubble of a collapsed house in a hillside slum, only to find that the child had died by the time they reached him.

“I promised his father I would get the boy out alive but I couldn’t,” Luis Carlos dos Santos a firefighter, told Reuters news agency.

Rescue authorities said a total of 133 people were confirmed dead in Rio state, while 135 were injured and 53 were missing.

According to local authorities, at least 10,000 houses are still at risk of collapse and the national government has sent security forces to help with rescue operations.

Edward Paes, the mayor of Rio, has appealed to the federal government for $208m in aid for emergency operations.

“All we can do is pray to God to hold back the rains a little, so that Rio can return to normal, and so that we can set about fixing the things in the city that need fixing,” he told local radio on Tuesday.

Brazil had already seen deadly deluges in the city of Sao Paulo earlier this year after the wettest summer in the region in more than six decades.

The latest flooding and transportation chaos has also renewed concerns over Rio de Janeiro’s poor infrastructure as it prepares to host the football world cup in 2014 and the Olympic Games in 2016. 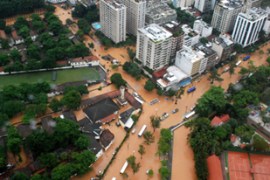 Rains lash south a day after region witnesses its heaviest rainfall in 48 years. 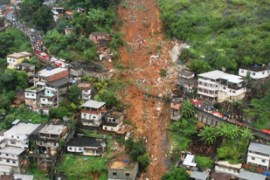 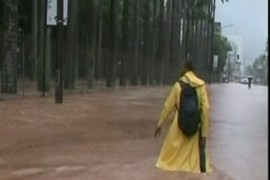 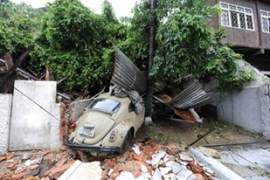