The United States and mainly Western trading partners have been piling pressure on Beijing to allow the yuan to appreciate, saying it is undervalued and gives Chinese exporters an unfair advantage.

US legislators have been pushing Geithner to label China a “currency manipulator” – a move that would open the door to sanctions – blaming the peg for contributing to a US trade deficit that soared to nearly $227bn in 2009.

But last weekend Treasury announced the delay of a report which had been expected in mid-April that could have tagged China as a “manipulator”, with Geithner saying there were better ways to advance US interests.

The delay triggered an angry reaction from some US politicians who have been calling for sanctions against China to force it to change its policy.

“Every administration has thought it could get something done by talking to China,” Charles Schumer, a US senator, said in a statement.

“But years of experience have shown that the Chinese will not be moved by words; they only respond to tough action.”

On Tuesday however Geithner said the decision to revalue the yuan was “China’s choice”.

Speaking on a visit to India he told the country’s NDTV network he was confident that China will decide it is “in their interest” to move towards a more flexible exchange rate.

Some analysts have said that China appears ready to shift its position, and Geithner’s impromptu trip could be further evidence of efforts to reach a compromise on the thorny issue.

Earlier this week a key official in the Chinese cabinet’s think tank hinted at a possible shift in the currency policy, saying that the timing will depend on the pace of economic recovery in China and the US.

Following that Jiang Yu, a Chinese foreign ministry spokeswoman, said the government would continue to adapt its exchange rate regime in a “proactive and gradual manner”, but rejected blame for any Sino-US trade imbalance.

China’s President Hu is due to visit Washington on April 12-13 – just days before the US Treasury report was to have been issued – prompting speculation that a deal was reached to ensure a smooth visit.

But economists expect China to allow the yuan to rise some time this year in order to ease strains in its own economy, as a stronger yuan will increase the buying power of Chinese consumers, helping to increase domestic consumption and reducing reliance on exports.

“China definitely needs to make a change and avoid becoming a common enemy of the entire world,” Chen Xingdong, an economist at BNP Paribas in Beijing, told AFP.

“I don’t think it will give in too much, but it will do as much as it can afford.” 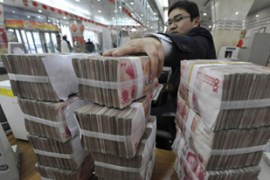 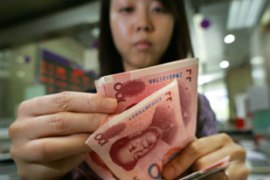 US ups pressure on China over yuan 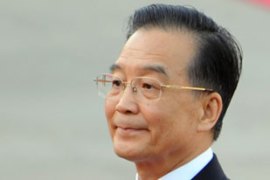 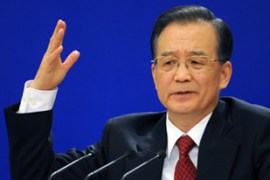