The two men appear to survive the first strike and attempt to get away, but the helicopter returns a second and third time.

The Pentagon has not officially commented on the video and Al Jazeera’s Patty Culhane, reporting from Washington, said military officials seemed “completely surprised” when informed of the release of the tape, and appeared not to have heard about the footage beforehand.

But she said Pentagon officials indicated to Al Jazeera that there was no reason to doubt the authenticity of the tape.

She added that the results of two Pentagon investigations given to her cleared the air crew of any wrongdoing.

A statement from the two probes said the air crew had acted appropriately and followed the rules of engagement.

According to the probes, the air crew had reason to believe the people seen in the video were fighters before opening fire, she said.

They added that it was not until after the fact that the soldiers knew there were reporters at the scene and could have even guessed that the people were carrying cameras and not weapons.

Ivan Eland, a defence analyst who has advised US congressmen on military and national security policy, told Al Jazeera that anyone who appeared to be helping hostile targets in a war zone can technically be considered a fair target.

“I don’t think anybody tried to purposely kill anybody here but I think in this type of warfare it’s not like in a conventional battle, you’re not really sure who is in the insurgency and who is not … and the real problem is in identifying the players and what they are doing in the war,” he said.

Still, he said “there should have been some concern that this was not a hostile group because they saw this helicopter going around and around and didn’t seem to be fearful of it”.

“Insurgents would have either fled or used the rocket-propelled grenade launcher right off their backs,” he said.

In the video, a voice can be heard saying there has been a shooting in the area. The unidentified person later receives permission to open fire.

Following the shooting, the footage shows troops carrying two injured children, as another unidentified person asks for permission to take the wounded out of the area.

A voice responds, saying, “Well, it’s their fault for bringing their kids into a battle.”

Our correspondent said the military had released a statement at the time of the attack saying they had positively identified weapons and fighters in the strike.

“It’s important to point out that at the time of this incident, the military was very specific,” she said.

“They said that the children were injured by shrapnel and the people who were killed were identified positively as militants who had put the security of Iraq at risk and that they had … weapons.

“The commanders at the time said that they really regretted that children were wounded in this and said that they had taken every step possible to make sure that innocent lives were spared.”

Nabil Nour El Deen, the brother of the Reuters photographer killed in the shooting, condemned the attack as a “crime” committed by the US military.

“Is this the democracy and freedom that they claim they have brought to Iraq?

“What Namir was doing was a patriotic work. He was trying to cover the violations of the Americans against the Iraqi people,” he told Al Jazeera.

“We demand the international organisations to help us sue those people responsible for the killings of our sons and our people.”

Julian Assange, the editor of WikiLeaks.org,said there was strong evidence to suggest the video was genuine.

“There was a Washington Post reporter who was with that US military unit on the ground on that day,” Assange told Al Jazeera, referring to David Finkel, a journalist who was embedded with the US military in July 2007.

“He wrote a chapter in a book, which was published last year, called The Good Soldiers, which correlates directly to the material in that video.

“Also, Reuters conducted a number of investigations and interviewed two ground witnesses at the time.

“That story wasn’t really taken seriously, [with] nothing to back up the witnesses, but now we have the video that shows that those witnesses were correct.”

WikiLeaks set up a separate website with detailed information on the video,which it said it obtained from a number of “military whistleblowers”.

“WikiLeaks goes to great lengths to verify the authenticity of the information it receives,” the website read.

“We have analysed the information about this incident from a variety of source material. We have spoken to witnesses and journalists directly involved in the incident.” 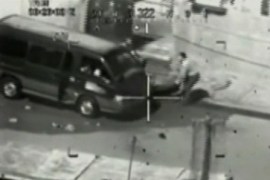 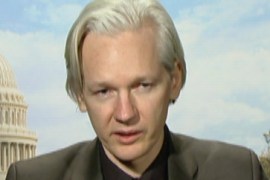 Video of US Iraq attack ‘genuine’ 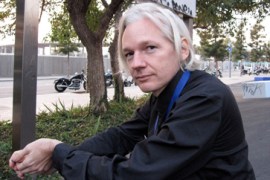 WikiLeaks vs the Pentagon

Releasing classified documents has put this site in conflict with the US government.