Attackers detonated the three bomb-laden cars within minutes of each other in central and western parts of the capital on Sunday, sending plumes of dark smoke into the sky.

Two were suicide attacks against the Egyptian and Iranian embassies, Iraqi security forces said, while the third struck close to the German, Spanish and Syrian missions.

No deaths were reported among any of the embassies’ foreign staff, although several Iraqi guards at the German and Egyptian missions were killed.

Authorities said they foiled two other attacks aimed at diplomatic targets when they stopped the suspected bombers’ vehicles and defused their explosives.

“These terrorists will not be able to stop Iraqis and friends of the Iraqi people from building a free, secure and prosperous future,” a statement from the ministry said.

There has not yet been a conclusive outcome to the polls, with politicians engaged in political wranglings to try to form a government – a process experts say could take weeks.

The Arab League, echoed the foreign ministry’s sentiments, saying that the attacks sought to destabilise Iraq at a “delicate moment.

A statement from the office of Catherine Ashton, the European Union foreign affairs chief, said the attacks “contradict our common goal of a peaceful, democratic and inclusive Iraq”.

Angela Merkel, the German Chancellor, speaking in Berlin, said she was “profoundly affected” by the blasts, while Bernard Kouchner, the French foreign minister, condemned the bombings as “barbaric”.

Analysts said Sunday’s attacks were meant to warn regional and international powers not to interfere in the country.

“One of the messages was that they oppose interference in Iraqi affairs since the bombs targeted the Iranian and German embassies,” Wathiq al-Hashemi, a political analyst, told Al Jazeera.

“The Iranians play a major role in Iraq and they are trying to make sure the next government is allied to them. So these bombs are a message for them to stop meddling.” 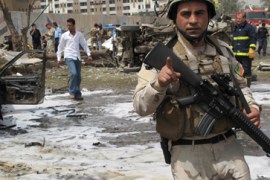 Dozens killed and more than 200 wounded in triple-attack as authorities foil two more. 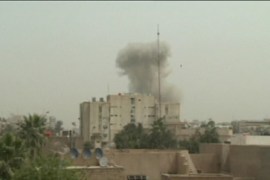 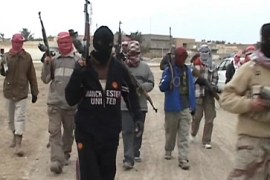 Three separate attacks took place in and around the capital in the past 24 hours. 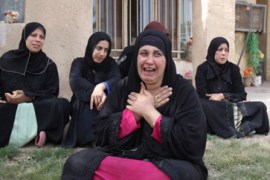 Up to 25 people killed as attackers in army uniforms storm three houses.