“The idea was on renewal of dialogue; to understand the state of affairs,” Rao told reporters after the meeting.

“There was a lot of soul-searching here. The searchlight is on the future, not on the past.”

She said the two prime ministers had asked their foreign ministers and foreign secretaries to meet “as soon as possible to work out the modalities for restoring trust” and taking the dialogue forward.

India broke off a peace dialogue with Pakistan after 166 people were killed as armed men rampaged through Mumbai in November 2008.

Since then, New Delhi has repeatedly rejected Islamabad’s calls for talks resumption, insisting that not enough has been done to bring members of the Pakistan-based group, which India blames for the attacks, to justice.

The two men last met on the sidelines of a summit of the Non-Aligned Movement in Egypt, where they agreed in a joint statement that action on terrorism “should not be linked” to peace talks.

Shah Mehmood Qureshi, the Pakistani foreign minister, said the climate of talks had changed for the better and the two leaders had asked their officials to meet as frequently as possible.

“I don’t think either side was expecting such a positive turn in dialogue,” Qureshi told reporters. “It was a step in the right direction and it was in the right spirit.”

Thursday’s meeting signalled New Delhi was willing to shift from its well-entrenched position on resuming talks with Rao saying the focus was how to carry the dialogue forward to resolve “all issues of concern”.

“I do not think we have to get stuck with nomenclature. Both sides agreed dialogue was the only way forward,” she said when asked if these talks were not in effect resumption of the broader peace dialogue India suspended after the Mumbai attacks.

Qureshi said the present round of talks were unconditional and all issues between the two countrieswere on the table.

“The two prime ministers have agreed to resume a dialogue process that remained suspended for so many months,” he said, without giving further details.

Kalim Bahadur, a retired professor of South Asian studies, from Jawaharlal Nehru University in New Delhi, said the talks in Bhutan were a “positive development”.

“But we shouldn’t have too many expectations. We could perhaps expect the two leaders to open the door for further dialogue between the foreign secretaries,” he told the AFP news agency.

Some observers suggested that the meeting was, in part, forced by other leaders of the eight-nation South Asian Association for Regional Co-operation, who were tired of the dispute overshadowing their efforts at co-operation.

While Thursday’s meeting showed that both sides may be willing to focus on improving ties, there are also fears that their strong domestic interests may stop them from making the concessions needed for a breakthrough.

“This sounds good for everyone, but translating that into practice is not going to be easy because both sides are playing to the public gallery both at home and internationally,” Brahma Chellaney, a strategic affairs expert at the Centre for Policy Research in New Delhi, said.

One risk to normalising relations is that another major attack in India and the subsequent domestic political pressure could force the government to break off the dialogue process again.

“Given this whole range of obstacles and contentious issues it doesn’t seem to be the case that in a single meeting in Bhutan things will be positive for both sides,” he said.

“Also, the revelation two days ago that India arrested an Indian diplomat in Islamabad for handing over classified documents to the Pakistani intelligence (ISI)has been viewed by the political establishment in Pakistan, particularly by the media, as an attempt by the radicals in India to undermine any sort of development between India and Pakistan at this very critical junction.”

The nuclear-armed South Asian neighbours have fought three wars since independence from Britain in 1947. 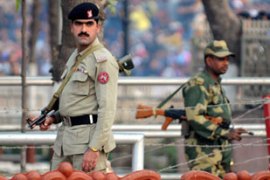 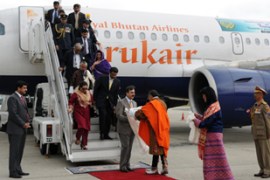 India and Pakistan to reopen talks

Primier Singh will meet his Pakistani counterpart at Asian leaders summit in Bhutan. 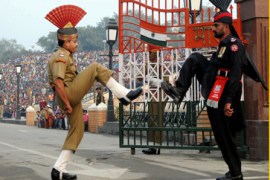 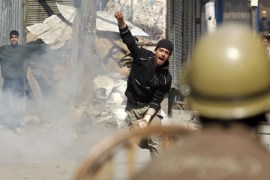 The nuclear-armed neighbours share a rocky history since partition in 1947.