“The president always has at his disposal a full array of options, including use of the military,” he said.

Morrell told reporters that Flournoy’s remarks were not “anything new”.

“It clearly is not our preference to go to war with Iran, to engage militarily with Iran. Nobody wishes to do that, but she also makes it clear it’s not off the table.”

He said the US preference for diplomacy over military action held true for the current administration, as well as the government of former president George Bush.

Morrell also acknowledged that nearly 200,000 troops deployed in countries bordering Iran – Afghanistan and Iraq – could face attacks in the event of a possible US strike.

“We have troops in close proximity to Iran that are potentially targets of retaliation should action be taken,” he said.

He added however that the Pentagon is “very confident” that it could defend the United States against the threat of an Iranian ballistic missile strike.

A recent report by the defence department to congress concluded that Iran could develop a missile capable of striking the United States by 2015.

Iran already has the largest deployed ballistic missile force in the Middle East, comprising about 1,000 missiles capable of hitting targets up to 1,930km away, the report said.

The US has 25 long-range interceptor missiles based in Alaska and California, as part of a system designed to defend the country against an attack from North Korea or Iran.

Eight of 14 tests of the interceptors have been successful, while the remaining tests suffered software glitches and other technical problems.

But US officials say the system should still work in the event of an attack.

The Iranian leadership meanwhile has reacted angrily to what it sees as a US threat to attack the country with nuclear arms.

Earlier this month Barack Obama, the US president, issued a revised policy on the future use of US nuclear weapons, but noted that Iran and North Korea were excluded from the new policy.

“The international community should not let Obama get away with nuclear threats,” Supreme Leader Ayatollah Ali Khamenei said on Wednesday.

“We will not allow America to renew its hellish dominance over Iran by using such threats,” he was quoted as saying by local media. 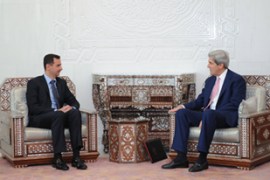 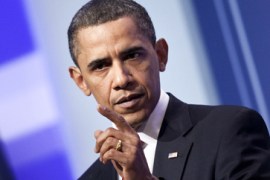 US leadership in non-proliferation

Is the Obama administration trying to lead the world in creating a new nuclear doctrine? 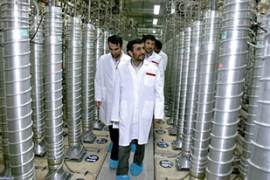 Ahmadinejad says US troops in the region and Afghanistan are stoking more insecurity. 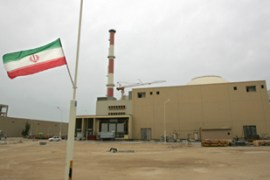