The plot was uncovered during routine questioning given to North Korean refugees, an official with the South’s spy agency, the National Intelligence Service, said.

The suspected assassins have been named as Kim Myong-ho and Dong Myong-kwan, both 36 and said to be North Korean army majors. They entered South Korea in January and February via Thailand, claiming refugee status.

North Korean defectors almost always first cross into neighbouring China before seeking entry into the South via a third country.

Under questioning, they confessed that their military boss ordered them to report about Hwang’s activities in South Korea and be ready to “slit the betrayer’s throat”, a senior district prosecutor said on condition of anonymity.

The arrests come at a sensitive time in ties between the two Koreas, following the deadly sinking of a South Korean navy ship last month, which many in the South believe may have been torpedoed by the North.

Those close to him have said that during his fiery anti-North speeches, he will not drink water provided to him on the podium out of concern that it could be poisoned.

Hwang returned to Seoul this week after a rare trip to the US, where he criticised North Korea’s government.

Speaking to journalists and academics in Washington late last month, he said he decided to flee the North after Kim’s policies led to mass starvation in the mid-1990s and has no regret about his decision.

“Everybody other than Kim Jong-il in North Korea are slaves, serfs,” Hwang had said.

But he said change in the North could come only through diplomacy and economic strategies, not military force.

Instead of targeting Kim, Hwang said, the North Koreans should be told of their own country’s human rights abuses and of the democratic freedoms they could enjoy under a different system.

The trip was only Hwang’s second ever to the US.

South Korea’s previous governments restricted his overseas travel because of worries that his criticism of the North could complicate efforts to reconcile with Pyongyang, and that he could become a target for assassination. 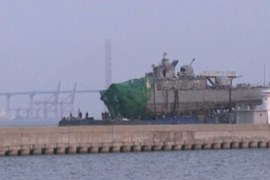 Seoul continues to investigate why naval vessel sank with the loss of 46 lives. 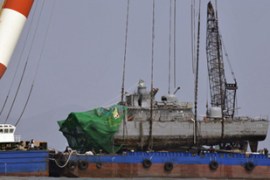 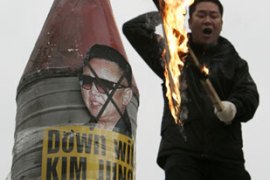