He had previously said the ship might have struck one of several thousand mines deployed during the 1950-53 Korean War.

A week after the disaster, officials are still searching for answers as to what caused the 1,200-tonne corvette to break in two in the Yellow Sea on the night of March 26.

Forty-six sailors are still missing following the incident and divers continue to search for them.

“It is very hard to say when we will be able to find the missing,” Lee Ki-Shik, a military spokesman, said.

He said that rescuers were “still trying to get in despite the bad weather”.

Shortly after the ship’s explosion, South Korean officials all but ruled out blaming the North.

The two Koreas are still technically at war and the North has repeatedly threatened to attack ships in the contested maritime border.

The North and South have fought two deadly naval battles in the past decade in the disputed Yellow Sea waters off the west coast. 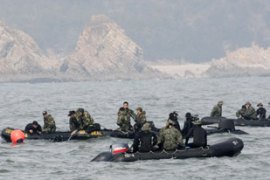 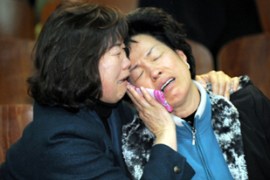 Divers to attempt to reach submerged naval vessel in search for missing marines. 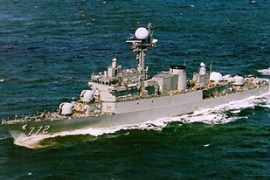