Andhra Pradesh is a state situated in south-eastern India. It was formed in 1956 by speakers of Telugu, which is the third most commonly spoken language in India.

But in recent weeks, Andhra Pradesh has witnessed violence by a movement in the northern part of the state that seeks to create the new state of Telangana.

Many living there say they are much worse off economically than other areas in Andhra Pradesh.

If Telangana were to be created, it would receive millions of dollars in grants from New Delhi, just like most other Indian states. 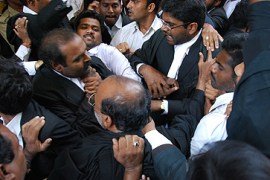 Increasing the number of states may aid effective administration.