He said the US had set aside $70m to fund law enforcement and social programmes in Caribbean countries in 2011.

Such funding had declined under the previous Bush administration.

“I think that narco-trafficking is a problem for the hemisphere as a whole,” Gates told the conference.

The US Drug Enforcement Administration estimates that three-quarters of South American cocaine going north passes through Central America, with a much smaller portion moving through the Caribbean.

But Gates said Caribbean leaders told him that the situation was getting worse due to the efforts of Plan Merida – the $1.4bn US programme started in 2007 to help Mexico fight the cartels.

“Their belief [is] that the problem has gotten worse because of the Merida initiative and Mexico’s efforts,” he said.

Gates said he hoped recent efforts showed “the United States is re-engaging in this region and that we will work with these countries to address these problems.” 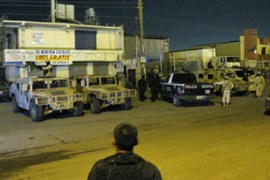 Leaked report says 22,743 people have died since crackdown on drug gangs began in 2006. 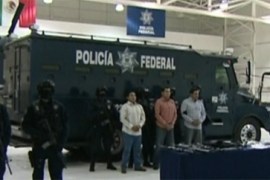 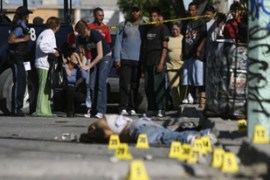