“So the talks between Biden and Netanyahu will focus on what the two nations will do on a bilateral level”, including sanctions and greater military co-operation, Rowland said.

“But the key thing is the Americans want to tell Netanyahu to cool it. They don’t want anymore threats or Israel taking matters into their own hands and possibly attacking Iran,” she said.

In an interview with Yedioth Ahronoth, Israel’s biggest selling newspaper, Biden emphasised Washington’s efforts to drum up greater international pressure on Iran and said that Washington would close ranks with its ally Israel against any threat from a nuclear-armed Iran.

Asked about the prospect of an Israeli attack, he said: “Though I cannot answer the hypothetical questions you raised about Iran, I can promise the Israeli people that we will confront, as allies, any security challenge it will face.

Iran has insisted its programme is for purely civilian purposes.

Biden, who arrived in Israel a day earlier – his first stop during a five-day tour of the Middle East – is not expected to take part in any indirect Israeli-Palestinian talks, which could be announced during his visit, but will be briefed on them.

In the interview with Yedioth Ahronoth, Biden said it was crucial both sides enter negotiations with a positive attitude.

“We have got to ensure now that we will give the talks every chance of succeeding. The key is holding talks with goodwill, so that both sides come to the table with serious intentions,” the US vice-president said.

“If the talks develop, we believe that we’ll be able to bridge the gaps and that the conflict will be ended.”

Biden’s visit coincides with that of George Mitchell, Washington’s special envoy to the Middle East, who is spearheading efforts to get the Israelis and Palestinians back on the negotiating table.

Talks between Israel and the Palestinians have been on hold since Israel launched a devastating offensive against the Gaza Strip in December 2008, despite US efforts to relaunch the peace process. 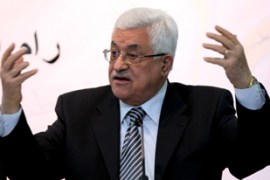 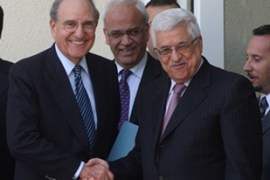 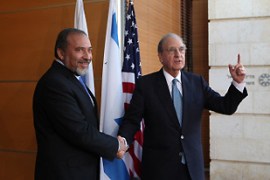 Palestinians urge US enovy to have Israel meet its conditions for resumed negotiations.