The Ugandan government wants to relocate half a million people living in danger of mudslides, following the disaster in the Bududa area earlier this month.

But with at least 300 people still missing, many relatives are refusing to move until their bodies are recovered.

Al Jazeera’s Andrew Simmons reports from Nametsi in Bududa, at the heart of the devastation (23 March 2010). 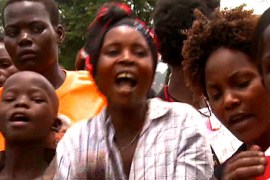 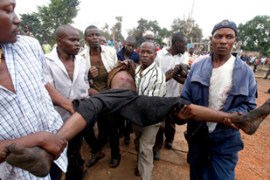 Uganda in mourning after tombs fire

Authorities in historic kingdom to launch independent probe into blaze at royal site. 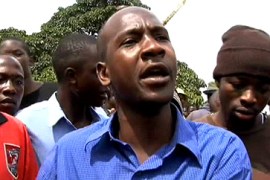 Tensions heighten between government and Bugandan kingdom after heritage site is burnt.

Deaths in riot after Uganda fire