Officials from the Carter Center, the only long-term international observer mission in Sudan, said Sudan’s presidential and legislative elections remained “at risk on multiple fronts”, including the ability of candidates to campaign freely and the impact of delayed preparations for the vote.

It said preparations by the national election commission were lagging as Sudan prepares for some of the most complex elections on record with at least six different votes using three different voting systems.

It also urged Sudan to lift harsh restrictions on rallies and end fighting in Darfur ahead of the ballot.

The election commission, however, has said the vote will go ahead as planned.

The ballot, originally scheduled before July 2009, has already been delayed several times.

Many of them have called for the elections to be postponed, saying Sudan needs time to pass democratic reforms.

Al-Bashir expelled major aid agencies from Darfur after the International Criminal Court (ICC), based in the Hague in the Netherlands, issued an arrest warrant for him in March last year for alleged war crimes in Darfur.

The president refused to deal with the court, and decided to run for re-election, a clear attempt to boost his legitimacy at home.

Other foreign observers are expected to arrive in the country before the vote. 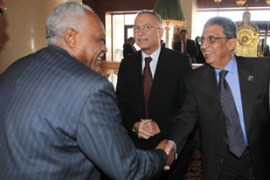 Ahead of polls, southern Sudan government official urges president to go to Hague. 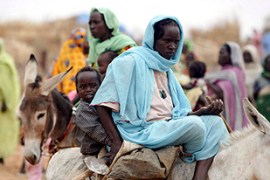 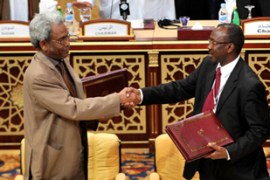 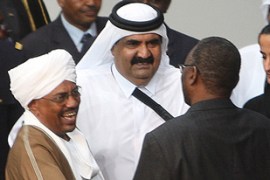 Jem official says talks in Qatar will be “tough” and urges postponement of elections.