The action comes two days after Sarkozy’s centre-right allies suffered their worst electoral defeat in more than five decades, as leftist parties swept to power in 23 out of France’s 26 regions.

Sarkozy responded by reshuffling his cabinet, sacking the minister who had been set to lead negotiations on a pensions reform after he fared particularly badly in the vote.

But union leaders dismissed the reshuffle, saying it would do nothing to revive the economy and accusing the president of failing to understand that the mood had changed in France.

“Ever since Sunday we have heard [the centre-right] say ‘we are going to maintain our course’. They aren’t listening and that poses a real problem,” Bernard Thibault, head of the CGT union leading Tuesday’s protests, said.

He called on Sarkozy to call labour leaders and employers together to discuss ways of boosting salaries, and warned the government to expect determined opposition to its planned overhaul of the state pensions system.

The government, looking to tame a record debt and budget deficit, wants people to work longer before drawing full pensions and is likely to push for a rise in the retirement age, which at 60 is one of the lowest in the leading EU countries.

Talks with unions are due to begin in the next few weeks. 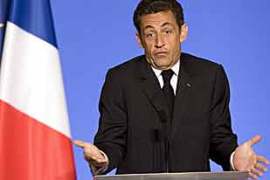 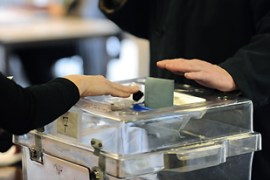