On a visit by Joe Biden, the US vice-president, to the Middle East this month, Israel announced that it would build 1,600 new housing units in Ramat Shlomo, a religious Jewish settlement in an area of the West Bank annexed by Israel to Jerusalem.

The move triggered outrage from the Palestinians and halted recently-agreed, US-brokered indirect talks between Israelis and Palestinians, even before they got started.

Israel’s settlement expansion announcement also drew sharp criticism from the Obama administration and Hillary Clinton, the US secretary of state, reiterated that criticism in her speech to the American Israel Public Affairs Committee (Aipac) earlier on Monday.

Netanyahu’s remarks to the same meeting contrasted sharply with the ones by Clinton, who held private talks with the Israeli prime minister in between their speeches.

In a rebuff to Netanyahu, the US said that only direct Israeli-Palestinian negotiations will resolve the final status of Jerusalem.

Philip Crowley, the state department spokesman, said on Tuesday that the status of the  city, which is holy to three faiths, “can only be resolved through  direct negotiations”.

Palestinians want East Jerusalem, which Israel captured along with the West Bank in the 1967 Middle East war, as the capital of a future state.

In her speech, Clinton said new construction in East Jerusalem or the West Bank are not in Israel’s long-term interests, “undermines mutual trust and endangers the proximity talks” between Israelis and Palestinians that the US hopes will lead to full negotiations which have been suspended since December 2008.

“It exposes daylight between Israel and the United States that others in the region could hope to exploit. And it undermines America’s unique ability to play a role – an essential role, I might add – in the peace process,” Clinton said.

But she also said US support for Israel was “rock solid, unwavering, enduring, and forever”, comments that Netanyahu echoed in his speech on Monday night.

Netanyahu said he was confident of the America’s “enduring friendship” and was certain that “Israel and America will always stand together”.

“From one president to the next, from one congress to the next, America’s commitment to Israel’s security has been unwavering,” he said.

Al Jazeera’s senior political analyst, Marwan Bishara, said Netanyahu was essentially saying Israel was a loyal client of the US.

“I think we all go into a phase that the US will not ask about settlement growth, and Israel will not tell, or discuss this issue with US officials,” he said, likening it to the US military’s “don’t ask, don’t tell” policy towards soldiers who are gay.

Al Jazeera’s Patty Culhane, reporting from Washington DC, said Netanyahu’s comments were not at all what the Obama administration wanted to hear.

One comment that stood out, she said, was Netanyahu saying that Israel’s co-operation against what he called “militant Islam” was saving American lives.

This was a slap in the face for General David Petraeus, the US commander overseeing the wars in Iraq and Afghanistan, who warned this month that perceived US favouritism towards Israel was putting American lives at risk in the region, our correspondent explained.

Netanyahu dined with Biden and met members of congress and was due to hold talks with Barack Obama, the US president, later on Tuesday.

But the White House meeting will be closed to reporters, an unusual choice when hosting a close ally.

Robert Gibbs, the White House spokesman, indicated a modest agenda for the meeting, which Israel has said will tackle Iran’s nuclear programme.

In his Aipac speech, Netanyahu said “a radical Iranian regime armed with nuclear weapons could bring an end to the era of nuclear peace the world has enjoyed for the last 65 years.

“Israel expects the international community to act swiftly and to act decisively to thwart this danger. But we always reserve the right of self-defence.” 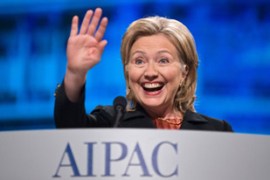 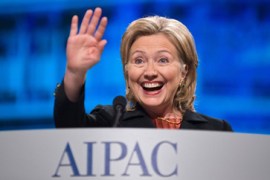 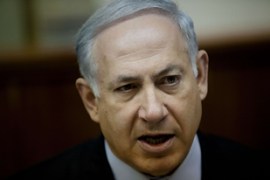 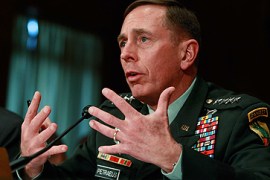 Senior US general says “perception of US favouritism for Israel” hurts Washington.