Fars quoted unnamed sources as saying that Lahouti’s detention “may have to do with some hardliners’ claims about the role of Hashemi Rafsanjani’s daughter, Faezeh, in the post-election events”.

Faezeh Hashemi Rafsanjani is Lahouti’s mother and has been denounced for her alleged involvement in inciting riots.

Several months ago she was briefly detained and later released.

Rafsanjani himself has been criticised by Ahmadinejad supporters for what they said was his failure to give full backing to Ayatollah Ali Khamenei, the supreme leader who holds ultimate authority in Iran, in the crackdown on the protests.

The authorities have also criticised him for his support of Mir Hossein Mousavi, the defeated opposition candidate who challenged Ahmadinejad.

Rafsanjani currently heads two powerful institutions in the Islamic republic, the Assembly of Experts, which has the power to supervise and replace the supreme leader, and the arbitration body the Expediency Council.

He expressed support for Khamenei at a meeting of the Assembly of Experts in February.

The Iranian courts have sentenced several well known reformists and political activists to varying jail terms after convicting them of acting against the government.

Several detainees have been released on bail in recent weeks, but news reports say 10 protesters charged with taking part in the post-election unrest have been sentenced to death. 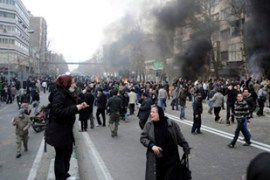 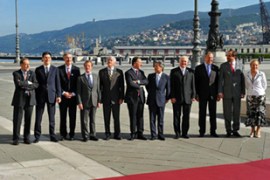 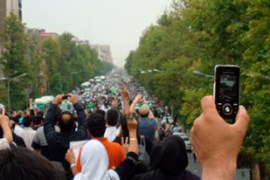 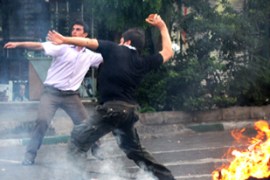 Calm in Tehran after day of unrest