“They are going to be talking about co-operation … different issues like how to make the border more secure. How to dismember the drugs cartels. They also want to strengthen the institutions that combat the cartels and find ways to improve security in the cities.

“These are critical issues for those people who living on the front lines of the war against drugs who are seing more and more people being killed everyday.”

Mexico is the main supply route for illicit drugs entering the US, with about 90 per cent of cocaine consumed in the US travelling through Mexico.

The drug trade in Mexico has led to violence and insecurity in the southern neighbour of the US.

In Ciudad Juarez alone 4,000 people have died in drug violence since 2008, while 18,000 have been killed nationwide in incidents surrounding the narcotics trade in the past four years.

Felipe Calderon, the Mexican president, has added 50,000 troops to the fight against the drugs trade since 2006, but some critics have said that this has only inflamed the conflict’s mortality rate.

Barack Obama, the US president, said last year that Washington had to take its share of responsibility to end the drugs trade, with a large demand for drugs coming from US citizens.

Critics have also said that the US needs to do more to deal with the flow of weapons from the US into Mexico and used for criminal purposes.

Only a small part of the $1.3bn meant for Mexico under the Merida Initiative has been delivered so far. 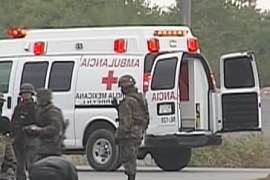 Effectiveness of military in fighting drug cartels is being questioned amid rising violence. 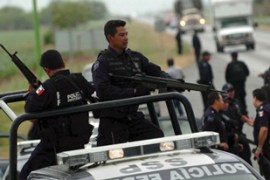 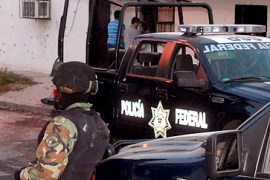 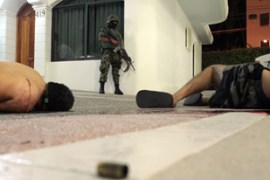 US raid over Mexico killings

Texas raid targets gang said to be tied to deaths of US consulate officials in Mexico.