“We hope to win back consumers’ confidence in China by handling the recall as soon as possible,” said Toyoda, who is also the company’s chief executive.

Toyoda also said that in response to the crisis, a global quality committee would be formed with a chief quality officer from each region.

In China, the company announced a recall of 75,552 RAV4 sport-utility vehicles in late January due to an accelerator pedal problem.

The company has not announced a recall for other models in China and on Monday, Toyoda said the problems of faulty floor mats and braking software had not affected vehicles sold in the country.

But a Chinese product safety watchdog warned last week that drivers of imported Toyotas should have their cars, including the Tundra, Camry and Corolla models, checked for possible defects.

China, the world’s biggest car market, has become increasingly important to carmakers as they struggle with weak global sales.

China’s overall vehicle sales increased by 45 per cent last year to 13.6 million, overtaking the US as the world’s biggest vehicle market.

Toyota, which started relatively late in the country, remains behind competitors such as General Motors, Volkswagen and Nissan in vehicle sales.

The Japanese auto giant’s sales in China increased by 53 per cent year on year in January, but according to the Nikkei business daily, the recalls have already decreased demand, leading Toyota to begin discount sales. 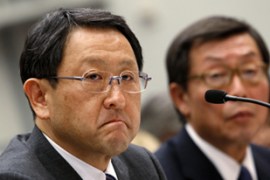 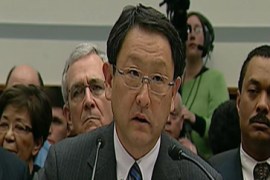 Toyota says sorry for slipping up 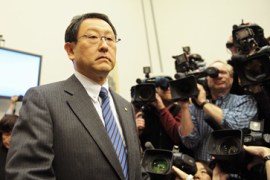 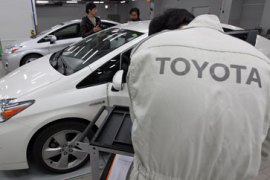 Some of the biggest vehicle recalls in recent years.