Kale Kaihura, the police inspector-general, condemned the shootings and said officials would investigate the incident.

“I have instructed the criminal investigation department director to investigate all those who shot at people,” he said.

“All those involved will be arrested and punished.”

Malcolm Webb, a Kampala-based journalist, told Al Jazeera that the burial site of the traditional kings represented 200 years of the group’s cultural heritage.

He said members of the group suspect the fire was caused by arsonists.

President Museveni has pledged to look into the cause of the blaze after blame was laid on his government.

But Apollo Makubuya, the attorney-general of the kingdom of Buganda, said authorities in his kingdom will launch their own independent investigation into the fire.

“We think it was a malicious act to frustrate and destroy our kingdom,” he told Al Jazeera.

“We’re going to mount an independent inquiry to find who is responsible and why they did this kind of cruel act.

“But also we are going to rebuild, we are a strong community and one that is resilient.”

The burial site of Kasubi, designated as a world heritage site by Unesco, the UN cultural agency, is an important tourist site housing the burial grounds of four former kings of Buganda. The last king was buried there in 1971.

Kale Kaihura, the chief of the Uganda police, refused to confirm reports that the blaze was started deliberately and said his officers were still investigating the cause of the fire.

He said however that firefighters had been prevented from reaching the site in time to put out the blaze before it gutted the burial site late on Tuesday.

“When the fire broke out, police were called in and got there in time but the fire brigade was obstructed by a hostile crowd, three trucks were damaged and a fireman injured,” Kaihura told the AFP news agency.

Wednesday’s violence triggered fears of renewed tension between the government and ethnic Baganda, who accuse the government of undermining their kingdom.

Tom Cargill, assistant head of the Africa Programme at the Royal Institute of International Affairs, otherwise known as Chatham House, said the incident is about more than just the burning of the tombs.

“This comes at a point when the kingdom of Buganda and its king and the royal court that surrounds him are agitating for more power and more independence from the state of Uganda,” he said.

Cargill said there has been a history of tension between the Ugandan government and the kingdom of Uganda.

“The country of Uganda is about more than the state of Buganda even though that is a large and powerful tribal entity in the heart of Uganda.

“Whether there should be more or less power is a matter for the people of Uganda as a whole, but this relationship has never been an easy one.” 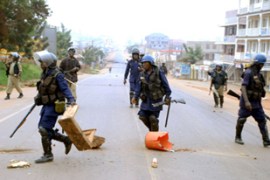 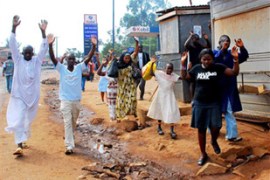 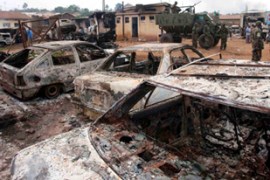 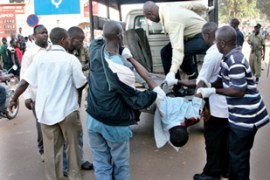