Lashkar Gar is the closest major town to Marjah, where Nato forces have been undertaking operations to push out the Taliban.

About 15,000 US Marines, Nato and Afghan troops took part in Operation Moshtarak, but faced only sporadic resistance as many Taliban fighters apparently melted away in the face of the offensive.

Helmand has seen increasing attacks recently by the Taliban against US and Nato forces in the country.

Washington entered the country in 2001 to remove the Taliban, whom they accused of harbouring al-Qaeda operatives, from power following the September 11 attacks of the same year. 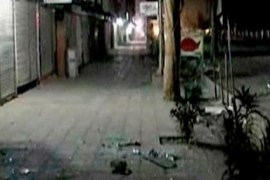 A series of co-ordinated explosions kill at least 35 people and injure 45 in Kandahar. 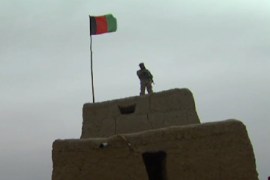 Officials say group is seeking to expand base into Central Asian countries. 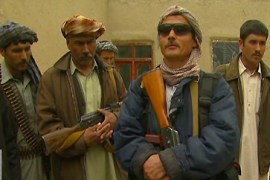 Militiamen in Kunduz guard against Taliban filling a government security vacuum there. 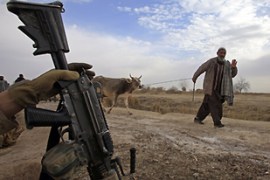