The identity of the suspected opposition fighters was not immediately known.

North Waziristan is a stronghold for al-Qaeda and Taliban fighters.

At least 15 people were killed by two suspected US missile strikes near the Afghan border in Pakistani North Waziristan last week.

The US refuses to publicly discuss its drone programme in Pakistan but drone attacks routinely target Taliban commanders in Pakistan’s semi-autonomous tribal belt, which Washington calls the global headquarters of al-Qaeda.

A suspected US drone strike in Miranshah in February killed Mohammed Haqqani, a brother of al-Qaeda-linked Sirajuddin Haqqani, whose network is fighting against US and local forces in neighbouring Afghanistan.

The drone war against Taliban leaders has focused increasingly on North Waziristan, a bastion of multiple armed groups.

Taliban and al-Qaeda-linked groups are blamed for a wave of suicide and bomb attacks across Pakistan that have killed more than 3,000 people since 2007. 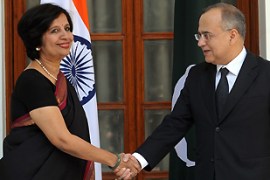 Rivals agree to “stay in touch” after foreign secretaries meet in New Delhi.

The last round was suspended after the attack on Mumbai in November 2008. 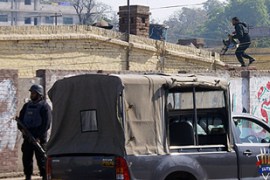 Army says it targeted fighters in the Shawal mountains of South Waziristan.