“And for that reason, and many others, addressing Iran’s nuclear programme has been one of our administration’s priorities.”

Netanyahu in turn praised Barack Obama, the US president, for demonstrating his commitment to “unbreakable” ties between the two countries.

But news later on Tuesday that the Israeli government had approved plans to build 1,600 housing units in Ramat Shlomo, a religious Jewish settlement in an area of the West Bank annexed to Jerusalem by Israel, drew condemnation from the US vice-president.

“I condemn the decision by the government of Israel to advance planning for new housing units,” Biden said in a statement issued after he arrived an hour and a half late for a dinner with Netanyahu.

“The substance and timing of the announcement, particularly with the launching of proximity talks, is precisely the kind of step that undermines the trust we need right now and runs counter to the constructive discussions that I’ve had here in Israel.

“We must build an atmosphere to support negotiations, not complicate them.”

In a statement he said that he, “reiterates that settlements are illegal under international law”.

Tuesday’s announcement of new Israeli illegal settlement building was the second in as many days on land the Palestinians claim for a future state.

The first – that Israel’s defence ministry had approved the construction of 112 new apartments in the West Bank settlement of Beitar Illit – came on Monday as Biden began his four-day visit to the region and just after the Palestinian Authority agreed to indirect or “proximity” talks with Israel.

The Palestinians had dropped a demand that Israel freeze all settlement building and agreed to up to four months of indirect negotiations after receiving an endorsement from the Arab League last week.

Al Jazeera’s Nour Odeh, reporting from Ramallah in the West Bank, said Palestinians were outraged by the latest Israeli move.

The Palestinian presidency called the Israeli action a “sentence of failure” over the US efforts to begin indirect talks between Palestinians and Israelis.

Mahmoud Abbas, the president, also called the secretary-general of the Arab League, Amr Moussa, asking him to rally Arab support to take the “appropriate measures”, our correspondent said.

“At this point, this very unpopular move to engage the right-wing Israeli government in proximity talks is coming under a lot of attack and a lot of people are wondering as to the validity of these talks given the unfettered expansion of Israeli settlements,” our correspondent said.

She added that there was little expectation of any progress when Biden meets Abbas in Ramallah on Wednesday.

But PJ Crowley, a spokesman for the US state department, told Al Jazeera that the US was still committed to brokering the “proximity” talks between the Palestinians and Israelis.

“We understand that these are difficult, complex and emotional issues. The vice-president is there as an indication of our commitment to begin to work with the parties in earnest, to get to the substance of all of these complex issues such as borders, refugees and Jerusalem,” he said.

“We don’t want anyone to back out of talks and negotiations and we think it’s very important to move forward in trying to find a solution that will lead to an equitable agreement that will serve the interests of both sides.”

A spokesman for Netanyahu said the prime minister did not know about the announcement beforehand.

Al Jazeera’s Jacky Rowland, reporting from Jerusalem, said it was possible that Netanyahu was kept in the dark as the decision to push through with the latest construction despite Biden’s visit came from the interior ministry held by the religious Shas party, “a right-wing party that isn’t particularly inclined to talk about settlement freezing”.

“One could interpret it as an effort of the right-wing in Netanyahu’s coalition government to really throw a spanner in the works, to embarrass Netanyahu, to insult the American vice-president and to further throw the Palestinians into dismay and disgruntlement,” our correspondent said.

“If in fact Prime Minister Netanyahu didn’t know anything about this announcement, it really would suggest that there isn’t much communication at all inside his government.”

Eli Yishai, the Israeli interior minister from the Shas party, described the timing of the announcement as coincidence.

“There was certainly no intention to provoke anyone, and certainly not to come along and hurt the vice-president of the United States,” he told Israel’s Channel One television.

“Final approval [for the project] will take another few months – if it is approved – and I agree that the timing [of the announcement] should have been in another two or three weeks,” he said. 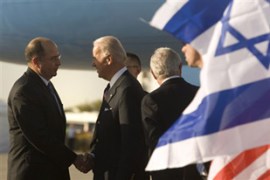 US vice-president meeting Israeli leaders over Iran and Israel-Palestinian negotiations. 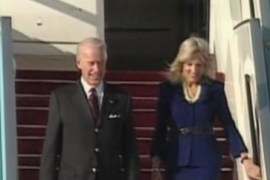 US vice-president to discuss both Iran and Israeli-Palestinian peace negotiations. 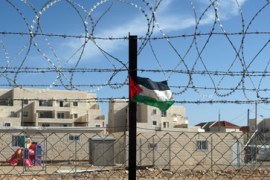