“While I find that iiNet had knowledge of infringements occurring, and did not act to stop them, such findings do not necessitate a finding of authorisation,” Judge Dennis Cowdroy said.

“The evidence establishes that iiNet has done no more than to provide an internet service to its users,” he added.

The consortium that had backed the case, the Australian Federation Against Copyright Theft (AFACT), includes major international names such as Warner Bros, Disney, Paramount, Columbia and Twentieth Century Fox.

Their case had hinged on thousands of alleged violations committed over the iiNet network in a period spanning just over a year from June 2008.

They had argued that iiNet had been sent notifications of the infringements, but said nothing was done about them.

iiNet however had argued that it was not required by law to act on allegations of copyright infringement, adding that customers were innocent until proven guilty in court.

It had told the court that trying to prosecute internet providers for the things their users use the service for was like suing a power company for things their customers do with electricity.

Speaking after Thursday’s ruling Michael Malone, managing director of iiNet, said he welcomed the ruling and wanted to work with entertainment companies on ways users could access their content legally.

“This case has been important, not just for iiNet, but for the entire internet industry,” the company said in a statement.

Neil Gane, the head of AFACT, said the outcome was disappointing and the group was considering an appeal in Australia’s High Court. 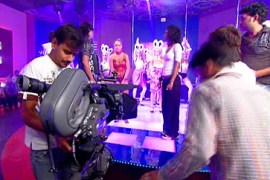 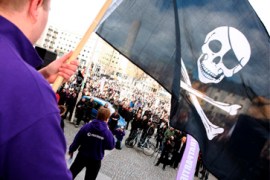 Is it a basic right or artistic robbery?