Later on Thursday the trial adjourned for a visit to the apartment.

“The whole intention by the government and the ruling party is to smear, never mind the facts, just smear,” said Anwar.

“We’ll challenge them – we have a very strong case,” he told reporters outside court.

A conviction could also set back Anwar’s opposition alliance which made significant gains in the 2008 general elections against the government coalition that has been in power since independence in 1957.

“I do not have any details on what is being said [in the trial] as it is closed to everyone but the lawyers and individuals involved,” Eekmal Ahmad, Anwar’s press secretary, told AFP.

Under Malaysian law sodomy, even among consenting adults, is an offence punishable by up to 20 years in jail.

Saiful is the first witness in the trial, which is taking place after months of delays caused by defence applications including an attempt to gain access to evidence such as medical reports and closed-circuit TV footage.

Anwar, married with six children, was sacked as deputy prime minister in 1998 during a power struggle with then-premier Mahathir Mohamad, and convicted on sodomy and corruption charges widely seen as politically motivated.

After spending six years in prison, Anwar’s sodomy conviction was overturned and he was released, allowing for a political comeback as the leader of a re-invigorated opposition.

The trial, which defence lawyers say could drag on for eight months, presents a major challenge for both sides of the political divide, and will be a high-profile test of Malaysia’s justice system. 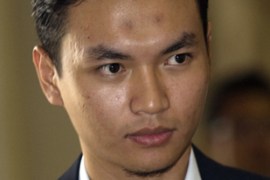 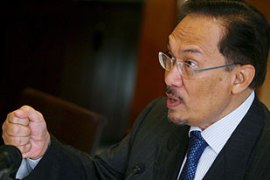 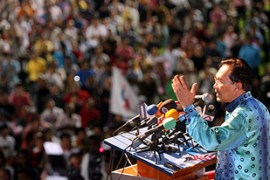 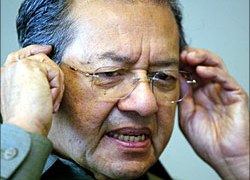