Clinton’s appointment, announced by Ban Ki-Moon, the UN secretary-general on Wednesday, comes more than three weeks after the Caribbean nation was hit by the devastating earthquake.

In the immediate aftermath of the disaster rescue operations struggled to get aid out to earthquake victims and  many aid groups called for greater co-ordination.

Al Jazeera’s Jonah Hull, reporting from Port-au-Prince, said the UN is hoping Clinton will be able to lead the long-term reconstruction efforts needed in Haiti, as well as the immediate relief work.

They hope Clinton will be able to use “the influence and power he has behind him and the contacts he has in his contact book”, Hull said.

Clinton said the goal was to “get the Haitian people back where they can stop living from day-to-day and start living from week-to-week or month-to-month and then start the long-term efforts”.

“They, the leaders there, want to build a functioning, modern state for the first time, and I will do what I can to faithfully represent and work with all the agencies of the UN and help them get it done,” he added.

Last week Clinton urged global corporate bosses at the World Economic Forum in Davos to use the Haiti catastrophe as an opportunity to lift the devastated nation out of generations of poverty.

Despite the massive aid operation that has been under way over the past three weeks, protests have flared across the Haitian capital over complaints that aid delivery remains sluggish.

About 300 people gathered outside the mayor’s office in the once upscale Petionville neighbourhood of the capital, while in a septate protest another 200 protesters marched toward the US embassy, crying out for food and aid.

The US has taken the lead in the huge relief effort, with some 20,000 troops, but has also faced criticism for the pace of aid delivery.

“It is natural that they feel like that after a catastrophe of this magnitude,” he said.

“We are doing the best that can be expected.” 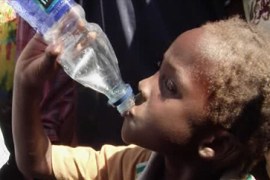 Haiti: Hope among the rubble

Does Haiti’s own response to the earthquake contain the seeds of a brighter future? 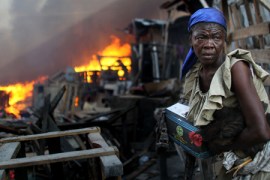 NGO head says the Haitian people must decide their own development course. 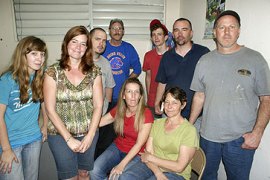 Magistrate questions detained US missionaries over allegations of child trafficking. 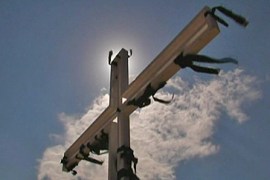