The explosion killed three US soldiers working as trainers for Pakistan’s paramilitary security force in the country’s northwest, the Pakistani military said.

“We are investigating the nationalities of the foreigners. I was told that they are NGO (non-governmental organisation) people and came here for the inauguration ceremony of a girl’s school,” Sardar Ali, a doctor from the local Taimargara Hospital, told the AFP.

Foreign aid workers and journalists have been particularly interested in girls’ education in parts of northwest Pakistan, where Taliban fighters opposed to co-education have destroyed hundreds of schools.

On Tuesday, at least 29 people were killed and many more wounded in a suspected US drone attack in the North Waziristan region of Pakistan.

Officials said a series of missiles rained down on Dattakhel village in the Degan area of North Waziristan, part of Pakistan’s semi-autonomous tribal region near the Afghan border.

They said the missiles struck suspected fighters’ hideouts and a training centre.

Al Jazeera’s Kamal Hyder, reporting from Islamabad, the Pakistani capital, said there were reports that up to 19 missiles had been fired.

“One thing is quite clear – this was perhaps one of the largest attacks carried out so far,” he said.

“There is expected to be a backlash because just recently the military had clearly said that they had not given any tacit approval for the Americans to conduct such a strike and there is tremendous opposition inside Pakistan. The military is aware of that.”

Tribesman in the area of the attack had claimed that they shot down at least two US drones in the past. Those reports have not been confirmed.

In the same area on Friday, at least nine people were killed in a suspected US drone attack

The identities of those killed in the attack were not immediately known.

A series of drone raids have been carried out this month in North Waziristan, home to fighters loyal to the Taliban, al-Qaeda and the Haqqani network.

The US never confirms drone attacks, but its forces in neighbouring Afghanistan and the Central Intelligence Agency are the only ones known to use the unmanned aircraft capable of firing missiles.

The attacks have often resulted in civilian deaths, stirring anger among Pakistanis and even bolstering support for the Taliban and anti-US sentiment.

The US has increased drone attacks since a suicide bomber crossed over Pakistan’s border and killed seven CIA employees in an attack in eastern Afghanistan on December 30. 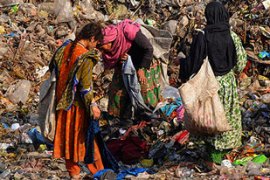 Clashes between supporters of rival Pakistani political parties bring Zardari to the city. 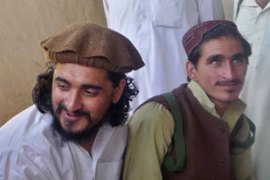 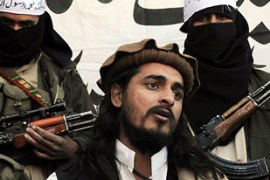 Military yet to confirm state TV report that Hakimullah Mehsud was killed in drone attack. 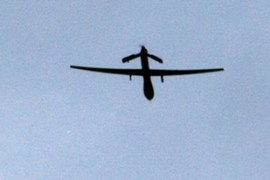 At least 16 dead in blast in northwest after drone attacks kill dozens.