“We want the process of engagement to continue.

“It’s an open agenda and nothing is excluded. Pakistan’s credentials in counter-terrorism are second to none and the international community appreciates Pakistan’s efforts.”

But Indian officials have said they want the talks to focus on complaints that Pakistan has not done enough to fight armed groups who have carried out attacks in India.

The last round of peace talks were suspended in November 2008 after armed men launched an attack in the heart of Mumbai, India’s sprawling financial capital, killing 166 people, and wounding more than 300 others.

New Delhi blamed the assault on a Pakistan-based armed group, and accused Islamabad of failing to curb anti-Indian outfits.

Relations have since thawed following a Pakistani crackdown on those suspected of having links to Lashkar-e-Taiba, the banned group accused of orchestrating the attacks.

The divided region of Kashmir has been another recurring sore spot for the two countries.

Both sides claim the predominantly Muslim region in its entirety and have fought two wars over it in the past.

On the eve of renewed dialogue, the issue has again flared up, with Indian border guards in Kashmir saying they have been fired atfrom the Pakistani side.

The Indian army also said three soldiers were killed in a major battle with fighters in Indian-administered Kashmir.

India accuses Pakistan of allowing fighters to cross its border, a charge Islamabad denies. Pakistan has, however, called for the disputed region to be the focus of Thursday’s talks.

New Delhi says it wants to focus on counterterrorism – a desire made more poignant by a bomb blast at a restaurant in the Indian city of Pune just over a week ago, which killed 16 people. 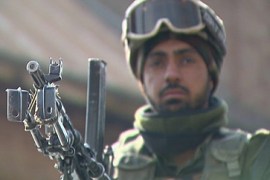 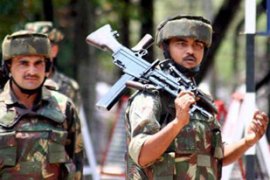