The government says the pension reform, which is to be introduced in stages over several years, aims to ensure that the social security system remains viable amid a rapidly aging population.

Miguel Angel Fernandez Ordonez, the governor of the Bank of Spain, said that the measure “will provide a major boost to the financial balance of the public pension system”.

But a recent opinion poll published in the newspaper El Pais showed that about 84 per cent of people are opposed to the move.

The protests are the first mass street demonstrations organised by trade unions against the government of Jose Luis Rodriguez Zapatero, the prime minister, since it came to power in 2004.

Zapatero has said he is seeking a “national consensus” on the issue that would include the unions.

But Candido Mendez, the head of the UGT, said he saw “no point of agreement” over the retirement plan.

Earlier this month, Zapatero unveiled a plan to reform Spain’s rigid labour market rules in a bid to tackle the country’s soaring unemployment, which is now close to 20 per cent.

Last month the government also announced a programme to save $68bn over three years in a bid to slash its public deficit by 2013.

The move would see the deficit fall from an estimated 11.4 per cent of GDP this year to within the three per cent limit set by the European Union for eurozone members.

Speaking on Tuesday, Angel Gurria, the secretary general of the Organisation for Economic Co-operation and Development (OECD), backed Zapatero’s measures.

Gurria said that the reforms, in particular the retirement measure, were essential if Spain is to reassure nervous financial markets that it is committed to reviving the economy and slashing the public deficit.

“It’s not only a question of responsibility, but [also a question of] signals … rating agencies are looking at what we [the OECD countries] are doing,” he said.

In December, the Standard & Poor’s agency lowered its credit-rating outlook on Spain to “negative” from “stable”, warning that the country faced a “prolonged” period of sluggish economic growth.

Spain’s rising debt burden has also triggered concerns that it could follow in the footsteps of Greece, whose budget crisis has prompted the EU to place it under unprecedented scrutiny.

However, Jose Manuel Barroso, the European Commission president, addressing a news conference in Madrid following talks with Zapatero on Tuesday, voiced his “complete confidence” in the Spanish economy despite the burgeoning deficit.

While Gurria emphasised that “Greece and Spain are not comparable”. 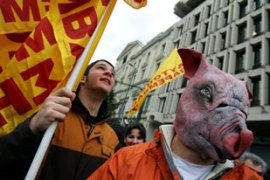 European leaders expected to make “statement of support” for Athens as deficit mounts. 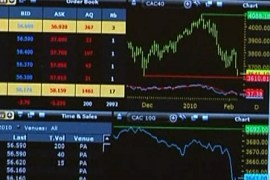 The Europe currency reaches eight-months low against the American dollar. 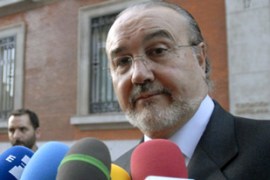 Revival focuses on strengthening the real estate and banking sectors. 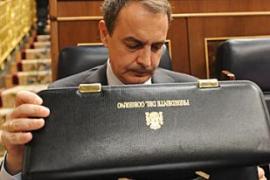