The Haqqani network is believed to have close ties to al-Qaeda and has sworn allegiance to Mullah Omah, the Afghan Taliban leader.

“The Haqqani network are the main fighters in the eastern part of Afghanistan,”  Bays said.

“They have also been blamed for many of the attacks that have taken place in Kabul, including the attack on a UN guesthouse and on the Serena hotel.”

It was not known if Sirajuddin Haqqani was in the compound at the time of the missile attack.

“Mohammed was not actively involved in the movement but his place was used as a hideout for Arab foreign militants,” the AFP news agency quoted a Pakistani intelligence offical as saying on condition of anonymity.

The US considers the network one of the biggest threats to its operations in Afghanistan, and has pressed Pakistan to move against the Haqqanis in their sanctuary in North Waziristan, a tribal region bordering Afghanistan.

The group is also alleged to generate an income through kidnappings, extortion and other crimes.

Sirajuddin Haqqani took over control of the group from his father Jalaluddin Haqqani, a respected commander and an ally of the US and Pakistani when he was fighting the Soviet Union after its 1979 invasion of Afghanistan.

US drones have been used to target Dandi Darpakhel village, where many of Sirajuddin Haqqani’s extended family are believed to live, on several previous occasions.

At least 23 people were killed in a missile strike there in September 2008.

The US refuses to confirm or deny that it carries out attacks in Pakistan and Islamabad officials object to the drone strikes, which it says are violations of its sovereignty.

However, the US military and the Central Intelligence Agencies are the only bodies which operate the drone in the area and Pakistani officials are believed to provide intelligence for at least some of the attacks.

The attack on the compound comes just days after news of the arrest in Pakistan of Mullah Brader, believed to be Mullah Omar’s number two.

Brader was reportedly arrested in the city of Karachi in a joint operation by Pakistani and US forces. 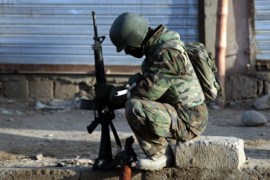 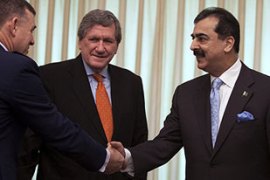 Deadly attack in border region comes as US envoy hails co-operation with Islamabad. 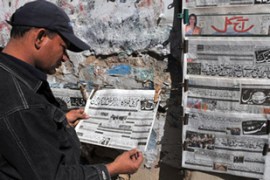 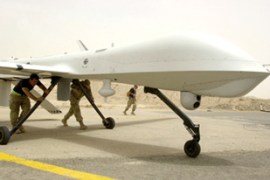