International troops encountered better-fortified Taliban positions and more skilled marksmen on Thursday, the sixth day of the assault, indicating Taliban resistance in their logistics and opium-smuggling centre was far from crushed.

A British general said he expected it would take another month to secure the town.

Al Jazeera’s James Bays, reporting from the Helmand capital of Lashkar Gah, said the Taliban said seven of its fighters were killed on Thursday.

Nato says 120 fighters have been killed in the offensive so far.

Speaking to our correspondent, Mohammad Golab Mangal, the provincial governor of Helmand, said the “operation is continuing very successfully, but very slowly” because of mines and the presence of civilians.

“Marjah is strategically and economically very important for Helmand and for the Afghan government. Also it was important location for the Taliban. Financially, they were growing narcotics. Second, Marjah is located in the centre of Helmand. Marjah for the enemy was a command centre,” he said.

On locals joining the Taliban’s fight, he said: “We have repeatedly called on the local and Afghan Taliban and have sent messages to them.

“If they give up fighting, their honour dignity and safety will be secure. If they join the national solidarity, and accept the programme, we are ready to help in any way possible in their future life.”

The governor added that he was “very upset” about civilians being killed in military offensives, saying that “of course these kinds of incidents give a negative opinion among the people, and it can decrease the trust of the population, and it can kill the hope of the nation”.

“We will try in future not to do these kinds of irresponsible mistakes,” he said.

The governor’s comments and Thursday’s deaths come a day after a Nato air strike mistakenly killed at least seven Afghan policemen and wounded two others in Imam Sahib district of Kunduz province in northern Afghanistan.

The Afghan interior ministry told Al Jazeera that it was a “friendly fire” incident, our correspondent said. 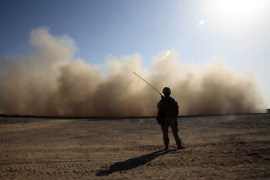 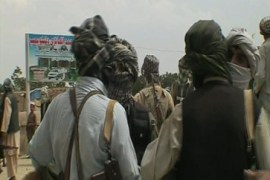 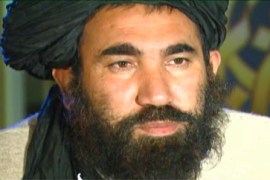 Obstacles in path to Afghan peace 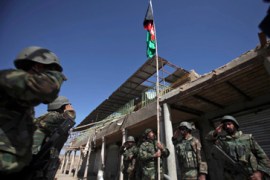 Marjah declared “ready for transfer of power” as forces focus on last pocket of resistance.