The United States said the report was further evidence that Iran had failed to live up to its international obligations.

“We always said that if Iran failed to live up to those international obligations, that there would be consequences,” Robert Gibbs, the White House spokesman, told reporters aboard Air Force One as Barack Obama, the US president, flew to a political event.

The language of the leaked report – the first since Yukiya Amano replaced Mohamed El Baradei as head of the IAEA in December – appeared to be more critical of Iran’s government than those compiled by his predecessor.

Speaking to Al Jazeera, John Large, an independent nuclear expert and consulting engineer, said the report represented a “sea change” in the way the IAEA presents its reports.

He said: “This is a much more open and frank report and includes considerable detail which was absent in the ElBaradei regime.

“It clearly identifies areas which can only be taken as Iran moving towards, and along, a nuclear weapons route.

“There is a nuclear weapons programme underway, it’s advanced, it’s getting to the stage where one would expect to see testing of the various components of that weapons system.”

Western countries and Israel have long accused Iran of working covertly to develop nuclear weapons, despite Iranian objections to the contrary and a 2007 US intelligence assessment that said Tehran appeared to have suspended such work five years earlier.

A spokesman for Angela Merkel, the German chancellor, said the report “confirms our great concerns”.

“It shows how urgent it is to act with determination to respond to Iran’s lack of co-operation.”

Sergei Lavrov, Russia’s foreign minister, said: “We are very alarmed and we cannot accept this, that Iran is refusing to co-operate with the IAEA.”

A spokesman for Britain’s foreign ministry said: “The IAEA report confirms our fears that Iran is acting duplicitously and illegally.”

Ali Asghar Soltanieh, Iran’s envoy to the IAEA, dismissed the report as “baseless” and said the documents cited in the report were “fabricated and thus do not have any validity”.

“The issue of the missile or explosives has nothing to do with the IAEA’s charter and function,” he said.

Soltanieh repeated Tehran’s stance that Iran’s nuclear programme is a peaceful one and said that this issue had been pointed out in the report.

He said: “Amano, like ElBaradei, has confirmed that Iran’s nuclear activities are peaceful and Iran has not deviated from its peaceful path.”

Iran says it is not fully co-operating with the UN agency in protest over three rounds of sanctions the UN has placed on the country.

The US, meanwhile, is pushing the UN Security Council to impose a fourth round of sanctions on Tehran.

Soltanieh said: “Repeated requests by the IAEA for further inspection are not acceptable for us.

“Iran will neither co-operate beyond the IAEA safeguards nor will it carry out demands of the United Nations resolutions.”

He said Tehran’s reasons for not doing so are that “Iran considers these resolutions to be contrary to international law”.

While visiting Gulf states Saudi Arabia and Qatar earlier in thee week, Hillary Clinton, the US secretary of state, said Iran was heading towards a “military dictatorship” and warned it posed an international threat.

Russia, which has in past defended Iran’s right to nuclear technology, has also signalled its willingness to accept a new round of sanctions if the Iranian government does not “more actively and broadly co-operate with the IAEA and other countries”. 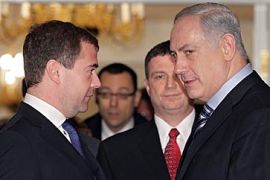 Will Moscow yield to Israeli demands to impose sanctions on Iran? 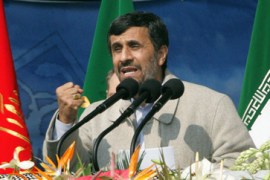 Are Western nations fuelling hysteria against the Islamic Republic? 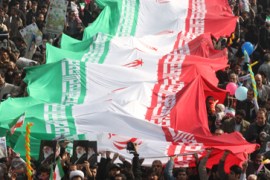 Marwan Bishara examines the cat-and-mouse strategies employed by both Iran and the US. 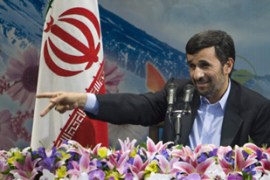